After an asteroid wiped out the dinosaurs, volcanic eruption may have helped life flourish on Earth

A massive meteorite impact and extreme volcanic activity occurred around the same time that Earth's large dinosaurs went extinct. But, did the volcanic activity play a role in the mass extinction, or did it actually help new life to flourish?

After an asteroid wiped out the dinosaurs, volcanic eruption may have helped life flourish on Earth : Read more
J

It would seem plausible to me that an asteroid impact would cause volcanic eruptions somewhere on the opposite side of the planet, like Newtons cradle ...

The following statement in the article by the paper's authors is something I'd like to better understand...


article said:
The authors suggest that the volcanic activity and gases released from the activity would've caused changes in the carbon cycle, which would've allowed the ocean to absorb a lot of carbon dioxide.
Click to expand...

Although I can understand that the SO2 and ash from volcanic activity will help cool a planet, how would adding so much more CO2 to the atmosphere improve how water absorbs it?

It reminds me of the joke that putting warm water in the freezer will freeze faster than cool water. 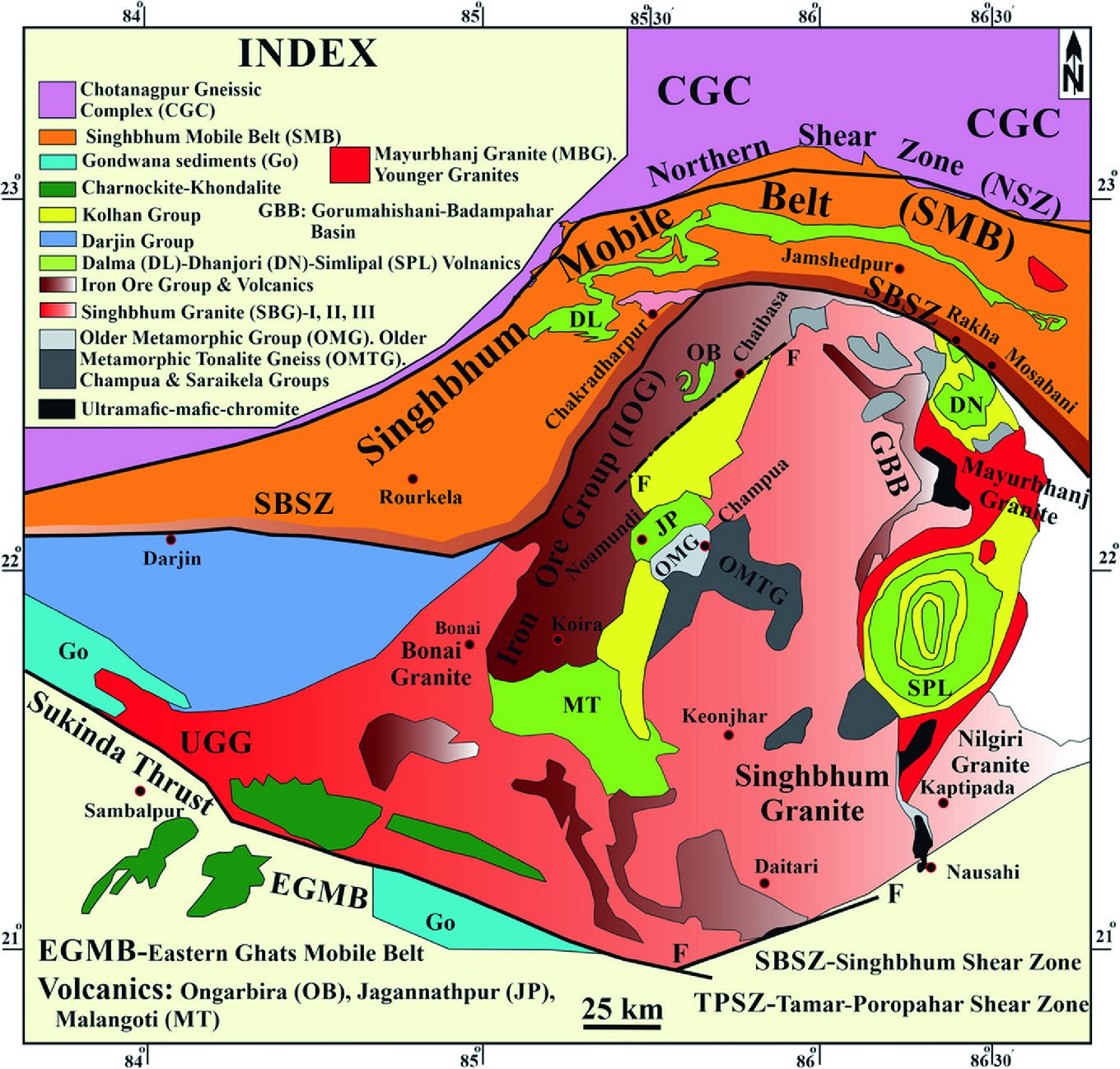 The Singhbhum Impact Structure. The rock is old but I bet the dikes filling in the fractures are much younger. This looks big enough to cause the Deccan Traps and the level of erosion would fit in with an age near the end of the Cretaceous.

The Deccan Traps (lava fields) were directly emplaced by a high velocity (>100 kilometers per second) asteroid impact punching through and heating the rock to vaporization. (Not the fictional explanation of pressure release melting).

The massive ballistic and orbital debris falling into the seas do cause a massive increase in biological (single cell) production as seen in the black shales (source rock for oil). Except that the debris also shuts down photosynthesis long enough to kill all large animals other than scavengers and large reptiles (slow metabolisms).

This story is another example of the institutional denial that asteroids can directly cause Large Igneous Provinces and volcanoes.

The Deccan Traps may be one of several Large Igneous Provinces that were emplaced at the K/T boundary. There are indications of other impacts in Antarctica and in the Western United States.