Akkadian Collapse approximately 2154 BC about 4170 years before present.

About 4170 bp the Akkadian Empire collapsed in north eastern Syria. The evidence I found points to an interstellar impact temporarily destroying the agricultural productivity of the region.

The Imperial chorus spent taxpayer’s money to date some basalts and volcanos in the area. That date would of course make it too old. There is also the issue of the inconvenient archaeological evidence. What would you find under the supposedly 2 million year old basalts? (Coke bottles

These features look like a recent interstellar impact. The impact flare would have destroyed the surface vegetation and the wind would have mobilized the soil. The tephra can also physically damage plants until erosion and chemistry neutralizes it. 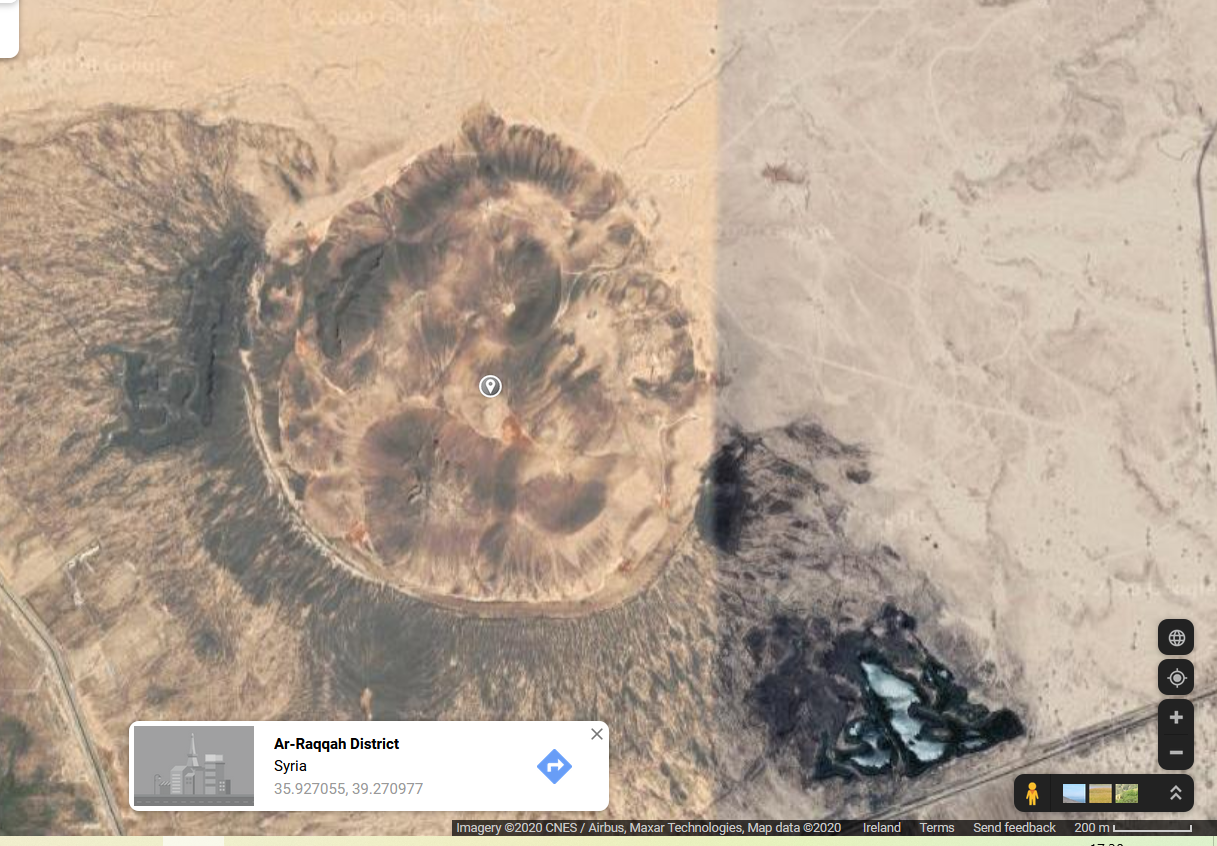 The Empire used radar from the Space Shuttle to look at this area. Shuttle Radar Topographic Mission (SRTM) interferometric radar altimetry data [e.g., Rabus et al., 2003]. It sent people to take samples and then faked the ages of those samples. Millions of dollars were spent to hide an interstellar impact.

Ar-Ar dating of late Cenozoic basaltic volcanism in northern Syria: Implications for the history of incision by the River Euphrates and uplift of the northern Arabian Platform

Ar-Ar dating of late Cenozoic basaltic volcanism in northern Syria: Implications for the history of incision by the River Euphrates and uplift of the northern Arabian Platform

Ar-Ar dating of basalt flows capping terrace deposits of the River Euphrates in northern Syria has provided a new quantitative chronology for the late Cenozoic evolution of this important river system and for the associated history of surface uplift of the northern Arabian Platform through which...

It appears that the Empire faked a cuneiform tablet (Sumerian K8538 Tablet). Since the “witness” in this tablet is describing a “standard” impact farther south in Iraq. The actual impact had interstellar velocities and created the volcanic structures at Al Raqqah. The impact flare mechanism (which is missing from the scientific literature) is responsible for most of the damage.

The Tablet has a point of origin for this comet coming from nearly opposite the galactic center (longitude 144) and from the galactic south (latitude -36). A pretty damned improbable path for an interstellar object. To make it appear like a neighborhood comet this fictional comet’s path is very close to the ecliptic plane.

The slow sluggish comet appears to be affected by the Earth gravitational field apparently looping around before impact. An interstellar impactor is moving so fast that the Earth’s gravity can barely affect it before impact.

The Akkadian Empire was destroyed by an interstellar impact. That impact may have affected the entire region. An imperial secret which directly affected human history. The Empire’s oil secrets may yet destroy human civilization…. again.

One thing that everybody will observe about this disaster is the small footprint that it left behind. These are not volcanoes; they are the surface markers for asteroids which punched through the crust. The impact will release energy as vaporized rock (flare) sending a column of fire so high that its line of sight might extend for a 1000 kilometers. And line of sight to this brilliant column of vaporized rock means death (Lot’s wife at a later impact near Israel).

The volcano appearance is superficial. This “instant” volcano may have a channel which goes down into the mantle. Anything living within visible range of these “volcanoes” at the time of the impact is now a carbon smear and atmospheric gases.