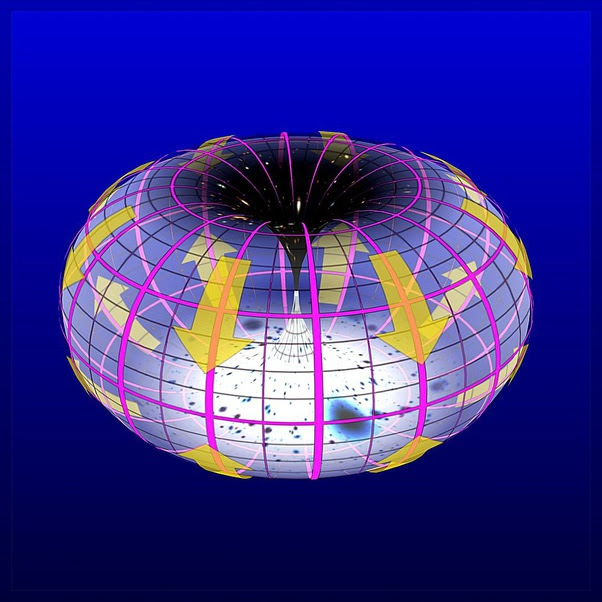 From: Three-torus model of the universe - Wikipedia

Is a larger version of this: 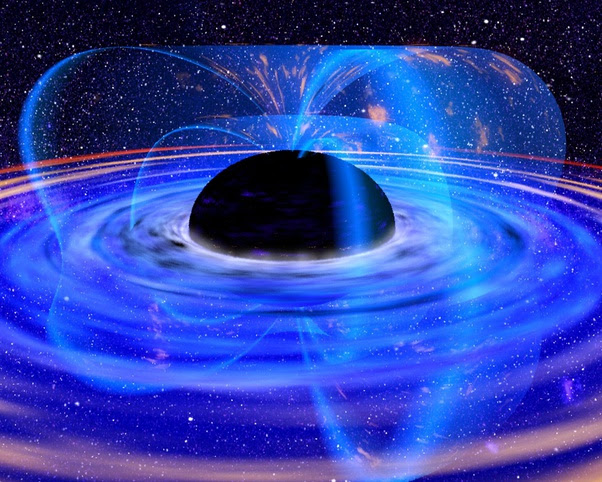 Above: An artist's impression of a supermassive black hole devouring matter from an accretion disc and emitting it as dark matter along the poles

Some of the matter falling towards the [supermassive black] holes is converted into energy. This energy is delivered to the surrounding gas, and leads to large outflows of matter, which stretch for hundreds of thousands of light years from the black holes, reaching far beyond the extent of their host galaxies.
Click to expand... 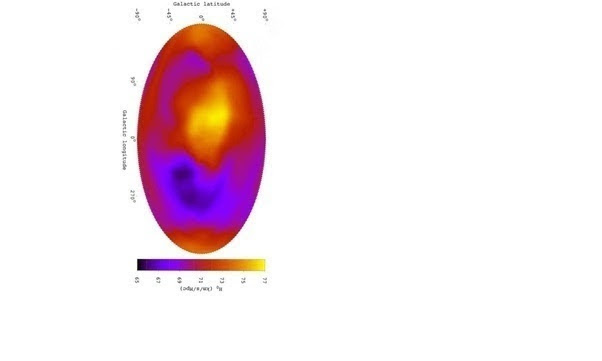 Rethinking cosmology: Universe expansion may not be uniform 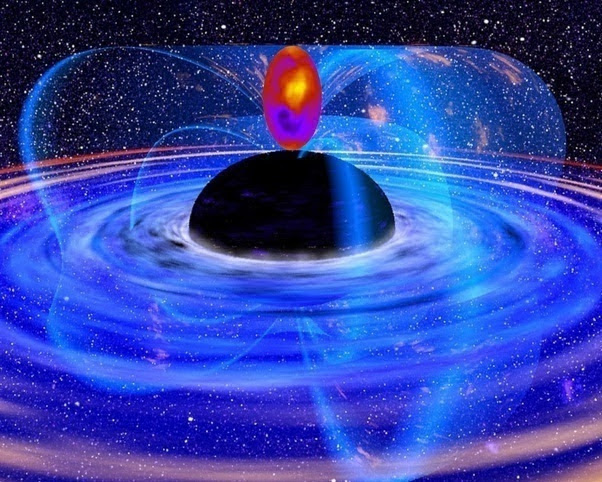 Above: Our visible universe in the outflow of our universe's central black hole.

As our Universe Is to this: 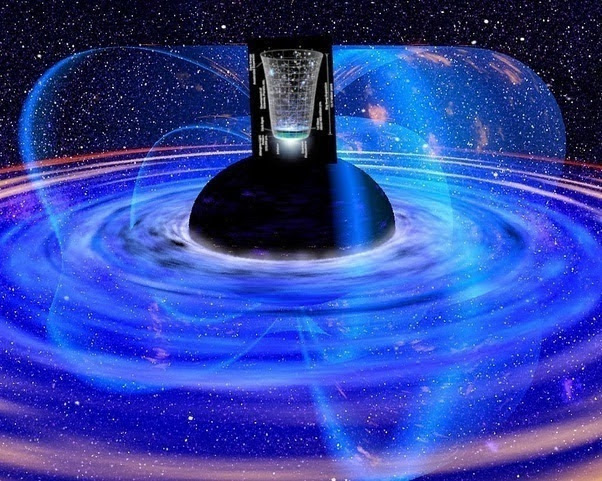 Above: It's not the Big Bang, it's the Big Ongoing. The singularity associated with the Big Bang is the black hole at the pole where the outflow originates from.

Dark flow is the outflow along the pole of the central black hole, concentrated along the axis.

Astronomers have discovered a giant cosmic void that explains why our Local Group of galaxies is moving through the universe as fast as it is.
Click to expand...

The void is where the dark matter is able to flow through unimpeded, pushing the Milky Way.

The universe may have been born spinning, according to new findings on the symmetry of the cosmos

If the universe was born rotating, like a spinning basketball, Longo said, it would have a preferred axis, and galaxies would have retained that initial motion.
Is the universe still spinning?
"It could be," Longo said. "I think this result suggests that it is."
Click to expand...

The universe has a preferred axis of rotation because we are in the outflow of our universe's central black hole.

Since these black holes don’t know about each other, or have any way of exchanging information or influencing each other directly over such vast scales, this spin alignment must have occurred during the formation of the galaxies in the early universe
Click to expand...