Have you noticed how each generation is more intelligent than its parents. Today this intelligence is leading to unanswered questions and that may be leading to an increase in emotional and social problems.
This is an old question that still holds interest for me. A book was written about it as well as an episode of Ancient Aliens. No proof of course but a lasting theory I think for many.
Reactions: IG2007 and rod

When did these *ancient aliens* come to planet Earth? Consider some of the discussion in this thread, https://forums.space.com/threads/30-million-years-ago.36265/
Reactions: IG2007

Is it really a matter of greater intelligence or one of better education for successive generations?
Reactions: IG2007 and rod

FYI, I would compare past test scores like from the 1950s and 1960s, example math skills with the present groups
Reactions: IG2007

I would suggest that there is simply a greater volume of knowledge from each of the previous generations.

Neanderthal man was never that intelligent or educated but he learned to cook with fire all on his own. That makes him smart to me.
Reactions: IG2007

Trithinium said:
Neanderthal man was never that intelligent or educated but he learned to cook with fire all on his own. That makes him smart to me.
Click to expand...

Sure. And as time went by, there was more knowledge to pass to their children. And on and on and on.
Reactions: IG2007

Of course, the evolution from ape to humans happened after a process of millions of years. And, I do quite agree with the fact that humans are more intelligent than apes. But, if you say that human intelligence increased significantly within 5000 years, I am gonna disagree. And, I guess, any anthropologist will disagree too. And, each generation more intelligent than the previous generation, I highly disagree.

I mean, this literally means that everyone is as intelligent or more intelligent than Newton or Einstein. And, this seems pretty idiotic to me. The Romans had greater knowledge than their successors in the Early Middle Ages, and if this theory is to be agreed with, why did the Early Middle Ages' Kings' technology as good as their Roman predecessors if this theory is to be believed? Sounds pretty obvious to me. The Early Middle Ages' Kings didn't have the same amount of knowledge as their Roman predecessors! It took a long time for the Successors of the Romans in Europe to have as good technology as the Romans.

With each generation, humanity gains new knowledge, and that's why it might seem to one that the present generation is more intelligent than the previous one, but that's an illusion and nothing else.
Reactions: Trithinium and Catastrophe

Human civilization has been reset by comets and interstellar asteroids several times. Humans were as smart 70,000 years ago as they are now.

The 5000 year “official” duration of civilization is a palimpsest motivated by corruption and the blind pursuit of power. You just need to know where to look to find the earlier civilizations.

The current human civilization has also burned the ladder by mining a lot of the easily accessible materials needed to restart a civilization.
Reactions: Trithinium

I think the focus here should be the statement in post #1, "This is an old question that still holds interest for me. A book was written about it as well as an episode of Ancient Aliens. No proof of course but a lasting theory I think for many."

In post #2, I asked when these ancient aliens came to Earth. For something to be a *lasting theory*, theories need to be examined and tested too.

rod said:
I think the focus here should be the statement in post #1, "This is an old question that still holds interest for me. A book was written about it as well as an episode of Ancient Aliens. No proof of course but a lasting theory I think for many."

In post #2, I asked when these ancient aliens came to Earth. For something to be a *lasting theory*, theories need to be examined and tested too.
Click to expand...

Trithinium, your post #11 is very interesting. If we take the approach of *just take things at face value*, what happens to the scientific method?

Unless you are a stromatolite (slime bonded ball of sand) you are an alien.

The Drake Equation does not apply to much of the intelligent life in the universe.

The Cambrian Explosion was an act of volition, not evolution.

Well, post #13 by Geomartian starts to frame or define the ancient aliens appeared on Earth. Stromatolites in the fossil record, some from the Precambrian dated ~ 3 billion years ago. There is a problem using stromatolites as a starting reference to answer *when the ancient aliens appeared on Earth*. The modern oceans and other areas have living stromatolites, thus these are living fossils. From a source I use (2018 report):

The stromatolites are native to Earth. Everything from the Cambrian Explosion are alien.
Reactions: rod

Geomartian, post #15 helps define somewhat. However, you did not mention the fact that living stromatolites are documented on Earth today since 1956 and show no evolutionary transformation from the 3 billion year fossils, i.e. did not evolve into new life forms. Clearly there is much biodiversity living along side modern stromatolites today so the definition of all other life as alien compared to stromatolites is arbitrary or perhaps represents some other model interpretation for Earth's past and history of life on Earth.

I tried to do some research on the genetics of stromatolites but I kept running into dead ends and double speak. It appears that the scientific orthodoxy found the discontinuity between stromatolite genetics and the other life forms on this planet before I did.

Each of these phyla were complete functional organisms when they appeared. The evolutionary process on Earth was jump started with sophisticated alien organisms which would (over time) become perfectly adapted to Earth.

If the coding scheme (similar to a biological computer language) for stromatolites and the Cambrian’s is obviously different then this would be proof of direct outside intervention.

The question now is whether the aliens are still tweaking their experiment. There are nearly a dozen different species in several Terrestrial ecological niches which have already achieved or will soon achieve sentience.

What if the dolphins have powerful galactic cousins who might not have a sense of humor? Or worse still the dolphin’s cousins have a very good sense of humor, but the primates won’t find it very funny?

Geomartian, thanks for explaining your view of the fossil record in post #17. I do agree with your comment here, "No super adapter, no way to explain the Cambrian Explosion using Darwinian science. "

There is much about the fossil record known today that causes various problems for *Darwinian science* model. There are numerous examples now of living fossils that show little or no evolutionary change over millions of years, e.g. "ScienceDaily (June 14, 2012) — The morphology of coelacanths has not fundamentally changed since the Devonian age, that is, for about 400 million years. Nevertheless, these animals known as living fossils are able to genetically adapt to their environment.", Still Capable of Adapting: Genetic Diversity of 'Living Fossil' Coelacanths, http://www.sciencedaily.com/releases/2012/06/120614094115.htm

The discovery of living stromatolites since 1956 is just another example.

I am gonna throw a question now, is "devolution" possible?

IG2007 said:
I am gonna throw a question now, is "devolution" possible?
Click to expand... 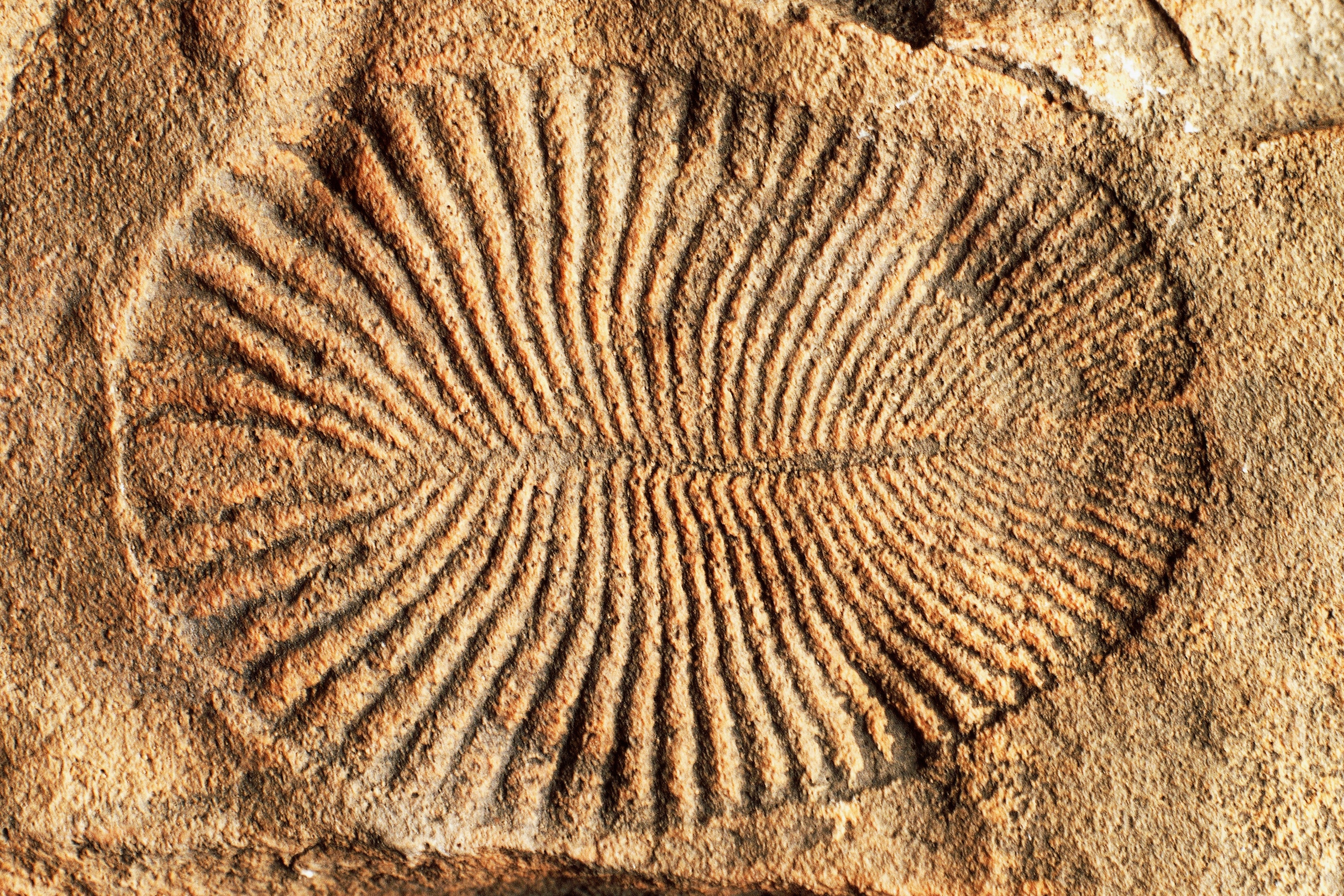 The Darwinian concept of genes driving evolution has a serious flaw. How does an organism create new genes? Can new genes producing new functions happen randomly, yes it can. The problem with this form of evolution is that it is incredibly slow.

The Aliens who seeded Earth (in the Ediacaran age preceding the Cambrian) had the opposite problem. They could create microscopic multi-celled animals and plants with all of the genetic code necessary to become dinosaurs, mammals, or trees. I will refer to these physically simple organisms possessing vast genetic libraries as Uplift-coded. This name is derived from David Brin’s Uplift series of books from which I have stolen so much.

The uplift-coded potential can only be realized as specialized forms which can only exist within a preexisting specialized ecosystem.

No specialized ecosystem, no dinosaurs and mammals.

We now know of two different genetic systems present in our genetic libraries. One is the basic genetic system that is required for every day biological processes. The other is the epigenetic system which reacts to both the environment and evolutionary pressures.

How do you build an ecosystem? It is a mean cruel world out there both biologically and chemically even before any predators evolve. You don’t just dump your uplift-coded sea monkeys into the ocean and watch them disperse and die. You need a nursery and a dispersal system.

The apparent “lifeforms” of the Ediacaran age proceeding the Cambrian explosion were the nurseries for this new ecosystem.

Dickinsonia and the other “lifeforms” were nurseries. A way of keeping all of the alien’s primitive animals and plants together to form encapsulated ecosystems. These nurseries appear to have openings where the uplift-coded organisms could come and go from the nursery. These nurseries were a safe haven or reservoir during extinction events. An uplift-coded could leave the nursery adapt to the outside world and then have its slightly more adapted descendant return to the nursery. As the uplift-coded adapted to Earth’s oceans those changes could be safely enclosed and buffered from environmental catastrophes within the protection of the nursery.

Dickinsonia and the nurseries were not uplift-coded. They would never develop defenses when their charges started eating everything in sight. Once their uplift-coded charges had developed a sustainable ecosystem the Ediacaran nurseries disappeared as they were designed to do.