What cosmic events can cause destruction to the Earth but humanity has no counter measures developed still?

1) Very strong gravitational waves, from two black holes colliding in our vicinity, that can push the Earth out of its orbit around the Sun.

2) Huge asteroids either in the orbit around the Sun (known) or coming from the deep space (unknown).

3) Alien attack using too advanced technology from which we can not defend.

4) Strong solar flare, or even coronal mass ejection (CME), that will disturb Earth`s magnetosphere creating powerful geostorms around the globe, turning off the entire electric power grid and communications.

5) Black hole emerging in our vicinity and swallowing the Earth.

6) Crash with another galaxy - Milky Way will one day crash with the Andromeda. Not soon but it will one distant day in the future scientists say. We need new habitable planet somewhere safe and enough space ships to transfer entire population. Good news is that we have plenty of time until that happen because Andromeda is 2.5 million light years away from us.

7) Nature responds. What if Universe behave like a living organism? If it hurts somewhere, if imbalance is created at some place, than Nature activates its counter measures to restore cosmic equilibrium. Since humans destroy eco systems, we can expect more of the high scale storms and earthquakes, erruptions of lava, stronger and stronger viruses and other microorganisms, mutations, hostile changes in the Earth`s atmosphere and environment creating new ice age, general overflood or drought and hunger.

8) Reverse expansion or back-inflation of the Universe (contraction or Big Crunch).

9) New inflation and Big Bang, or similar, happening in our cosmic neighborhood causing havoc on the Universe level.

(IG2007 enlightened me on gamma rays destructive potential for living beings. I checked his claim and it is true. Gamma rays are not to be taken lightly!)

10) Strong gamma ray bursts or supermassive black hole`s powerful radiation jets - if they reach us in critical quantity and concentration. Anycase, penetrating rays of electromagnetism, of any wavelenght not just gamma, as a destructive circumstance for Earth and living organisms is certainly something to be taken seriously. We could produce mirrors with E.M. filters around the Earth. At least cover the most affected places in the atmosphere like the hole in the Earth`s ozone layer which is important for the absorbtion of the UV rays.
Last edited: Sep 1, 2021
Reactions: Catastrophe and IG2007

Seems not a lot of options to deal with any, except #7, to be better stewards of our world and its resources.

I agree, mostly. Crashing of galaxies may not be as bad as you think. It is apparently most unlikely that any collision of stars would result - space is just so large. You can work out the density and do the calculation. The Milky Way is 100,000 light years wide, for a start.

COLGeek said:
That was an uplifting list of catastrophes!

Seems not a lot of options to deal with any, except #7, to be better stewards of our world and its resources.
Click to expand...

Well, I am just rational. This things can really happen. The odds are small, true, but they exist nevertheless. I am not saying let us built survival shelters and cache resources... But I certainly wouldn`t mind making one of my own in the backyard with 5 year supply. Just in case. Although it is hard to imagine how will any shelter and storage help me against DiCEs. Against some less important consequences not of general type, but against global catastrophe nothing except space ship. I guess then that I should also build one of that in my backyard too. Lot of work for me it seems!
Reactions: COLGeek

Catastrophe said:
I agree, mostly. Crashing of galaxies may not be as bad as you think. It is apparently most unlikely that any collision of stars would result - space is just so large. You can work out the density and do the calculation. The Milky Way is 100,000 light years wide, for a start.

I never said it will happen - I always use the term "can". There are good odds crash of galaxies will result in harmless manner for Earth and humanity, I am aware of that, but there are still odds of two supermassive black holes merging due to the huge gravity force (doubled) between them, swallowing stars and bringing us to the end or event horizon if you wish gentle word for the tearing, pulling inside and singularization that we will experience. Again, perhapse not. I theorize that in case black holes stretch space and time there is a slight chance of being slowed down, so that we can safely approach the singularity, or even frozen in time, making us motionless and physically parallysed, instead of forcely pulled in. It is all about odds. One thing is more plausable than some other thing.

Some force, higher consciousness, astral being, creative spirit. The thing is that whenever we speak of such supreme entity, absolute or not, we obligatory, by the mere fact of discussing that particular question, enter the realm of philosophy and theology. So, emphasizing that you are not alluding to anything religious is not necessary. We always imply the God whenever we mention that there is some authentic and founding force which produced the Universe(s). Aliens could be gods for us, from our perspective, who knows. Or advanced human civilization living somewhere else. There could be just one being but there could be hierarchy of a kind. For religious people that could be angels, for sci-fi community e.t.s, for third party something different and so on. Every nation, every group has its mental and linguistic symbols. Just like in science we have different units for expressing the same thing.

Gamma rays? Harmful yes, very harmful indeed, but I think that gamma rays can not destroy us because there is no possible source of the critical amount sufficient enough for a global disaster. Maybe primordial gamma rays but they are expanding with the Universe - I do not think they can hit us. Maybe some reflection or distraction from their initial course but I think chances are near to none. Give me a source of such strong gamma rays other than Big Bang`s. Supernova exploding in our vicinity? Huge flash nearby and then gamma crackle where once Earth proudly received its mass from the Higgs field? Please elaborate your gamma stance. And even if it happens we can build shields or mirrors with filters to protect us from the electromagnetic emissions. So, there is a way to defend... I checked your gamma claim and you are right, gamma rays are dangerous, but moreover gamma is just the part of the full E.M. spectre, and every segment is dangerous if critical amount is achieved, so I included all wavelenghts not just gamma rays to my list. Thanks to you. And I added supermassive black hole`s powerful radiation jets which hit the space millions of light years deep.

But the mention of gamma rays is interesting, anyway, because I am thinking about possibility there is an even smaller wavelenght than those. Or not, if it is really the smallest possible size. How else can we detect dark energy and dark matter? We need dark spectrometry in contrast to the known light one. How can we scan and portrait the black hole? Recent scientific talk is about using radio waves. Maybe undiscovered dark waves are the answer as well. Still, lot of work to do.
Last edited: Sep 1, 2021
Reactions: IG2007

Yes, I edit sometimes. That is exactly what science is about! It is not static, it is not fixed like religions usually are. It is constantly developing, new results emerge made with the better equipment, we discover new data which influences our thinking. And those who seek and research will always improve their mindset. I will try to make as little editing as possible because it makes reading harder - reader must go back to the starting post. ;-)

Gotta keep reminding folks that by the time Andromeda and the Milky Way collide, Earth will already be toast. We only have a billion or so years before the habitable zone around our star moves beyond Earth's orbit.

As for GRBs there is a small chance that a close enough star collapse with it's pole directed at Earth could cause devastation on our planet.
WR 104

I think I might have got hold of another thing that could destroy Earth and we wouldn't even be able to do anything - Rogue stars or Rogue Planets that zoom about the galaxy. For more info, check Wiki. 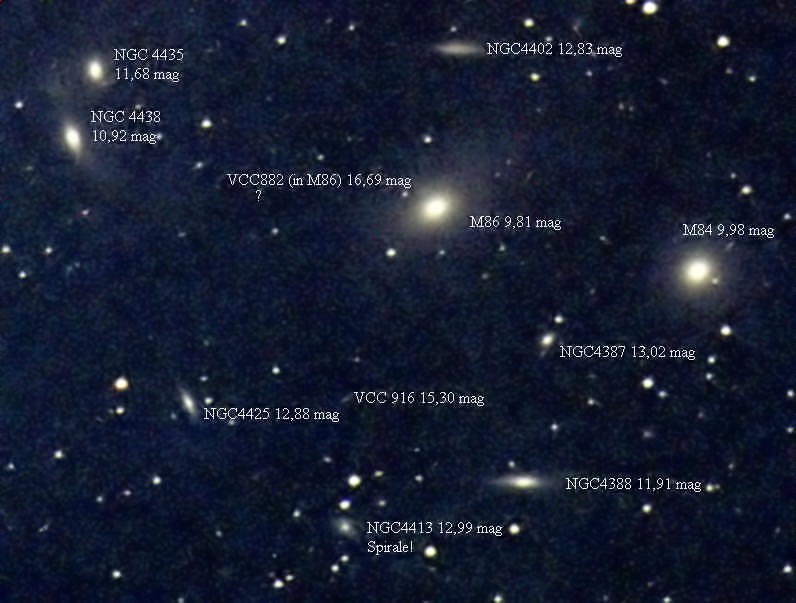 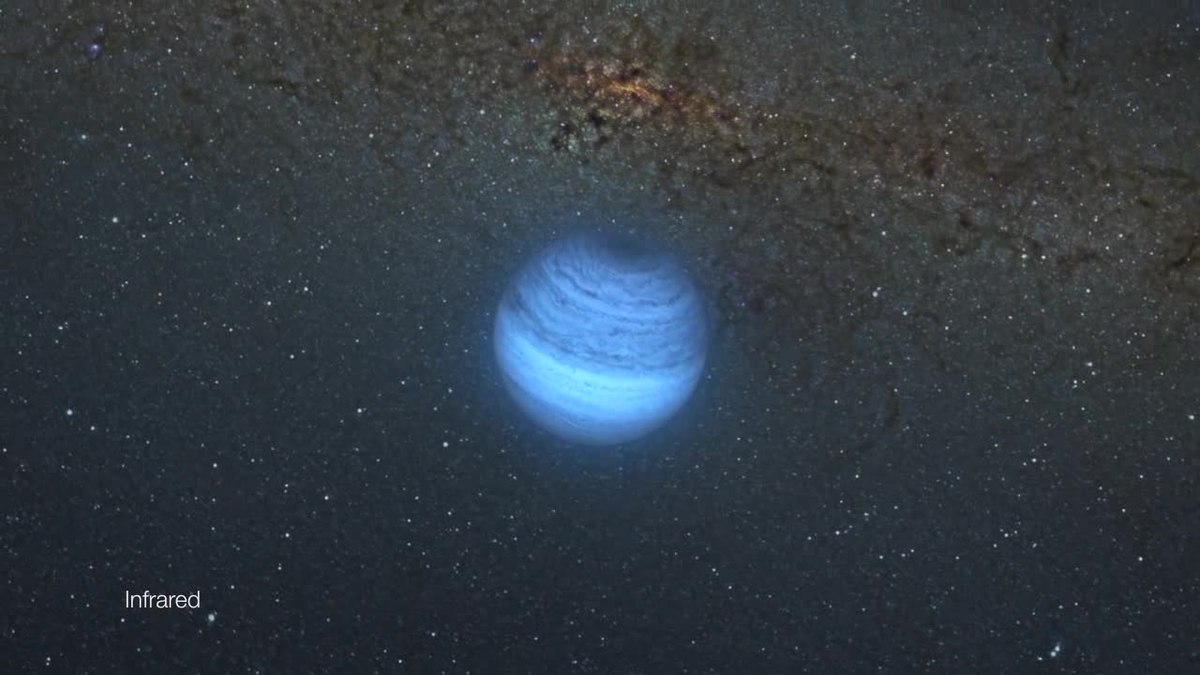