Did Mercury once have the ingredients for life?

It's possible that Mercury once held the ingredients for life.

Did Mercury once have the ingredients for life? : Read more
Reactions: rod

Admin said:
It's possible that Mercury once held the ingredients for life.

Did Mercury once have the ingredients for life? : Read more
Click to expand...

I find the report here on Mercury very interesting in view of another report on LHB dating. I note this from the published paper on Mercury cited in the space.com report: https://www.nature.com/articles/s41598-020-59885-5

[There is a significant body of work that has attempted to determine the Caloris basin’s age. Crater dating of the basin’s interior and peripheral plains, as well as of its rim materials, yield ages that range between ~3.9 and ~3.7 Ga22,28,29,30,31.]

The crater dating for this basin on Mercury uses the LHB model but other reports contradict the LHB now. From the phys.org report, “Nor is it without controversies. Until recently, the solar system was thought to have acquired its present features as a result of a period of turbulence that occurred some 700 million years after its formation. However, some of the latest research suggests it took shape in the more remote past, at some stage during the first 100 million years.”
https://phys.org/news/2020-03-solar-current-configuration-formation.html

Okay, ponder the age for crater dating on Mercury in view of the phys.org report. Basically, no LHB period apparently. Dating crates and surfaces of planets in the solar system is getting fun

Dating craters would be fun, but looking for life's building blocks is right up there with it.

Almost anyone with significant knowledge of chemistry and biochemistry will tell you that life on earth is likely the only chemical form it will take anywhere in the universe (yeah, you have all heard this before). This is due to the reactivity and variable stability of carbon-based compounds. All other scenarios are logically ruled out due to the chemical complexity and stability features required for life.

Moving along, life requires four primary elements: Carbon, oxygen, hydrogen and nitrogen (COHN). From these four elements you can make 18 of the 20 amino acids used in proteins (sulfur is required for the other two). COHN also make up all the structures of nucleic acids with the exception of phosphorus. Carbohydrates and lipids, the last of the "Big Four" biochemical classes, are also made up largely of C, H and O, with some also using phosphorus. Of course many other elements are used on earth, mostly metallic elements for enzyme reactions, structural features (bone) etc. Elements for life other than COHN are easily found as minerals, and usually exist as such at any rate.

All of these elements can in fact exist in a solid state (minerals - carbonates, nitrates etc.), with the exception of hydrogen. I am not a geologist but I do not think minerals can be a significant source of hydrogen (hydrates of minerals would not be stable at high temperatures). Someone please correct me if this is wrong. If this is correct, on Mercury we would need to get hydrogen from comet-derived water ice in perpetually shaded craters (assuming they exist). I believe such water has been found on the moon.

In other words, most rocky planets should have the elements of life locked up in solids and not require volatiles, although the latter would likely make life much easier to arise and evolve. But you could theoretically start from minerals, add enough water for hydrogen and that all important aqueous milieu, and with the right temperature and stable conditions for extended periods, start cooking up some life forms.
Last edited: Mar 25, 2020
Reactions: Catastrophe

Okay, Mercury may have or had the *ingredients for life* according to this report. Apparently the formula we have is add some water, find the correct temperature, give it enough time, and spontaneous combustion of life from non-living matter is inevitable. Reports like this remind me of past science reports on life on Mars. Martians Get Their Water from the Poles (1907) and Beings That Are Smarter Than Humans Inhabit the Galaxy Originally published in July 1943

Looks like Louis Pasteur experiments failed to observe the spontaneous combustion of life from non-living matter, perhaps he did not have enough time to see this.

The proposal is not spontaneous combustion. It is called abiogenesis, and would likely take millions of years.

After all, we are certain that it happened at least once already on another rocky planet!
Reactions: Catastrophe

dfjchem721 said:
The proposal is not spontaneous combustion. It is called abiogenesis, and would likely take millions of years.

After all, we are certain that it happened at least once already!
Click to expand...

Unfortunately, based upon the fossil record, life's last common ancestor is not documented (the first, living cell) and its ancestor as non-living matter that evolved into life's last common ancestor is not shown either. From the Precambrian, Cambrian explosion through Cenozoic, we see the law of biogenesis at work, just like Louis Pasteur experiments showed with numerous missing links, and now more than 3200 living fossils documented that go way back in the fossil record.
Reactions: Catastrophe and dfjchem721

Quite right on the fossil record. None of those early forms could be preserved. Just a mess of fragile chemicals. But still, much remains to be learned in the fossil record. Sadly, none of it will provide the answers to the extraordinary complexity of abiogensis.

Do you have knowledge of a source of hydrogen in a mineral form other than hydrates? And water was found in lunar craters, right?

Surely this story caught some attention: 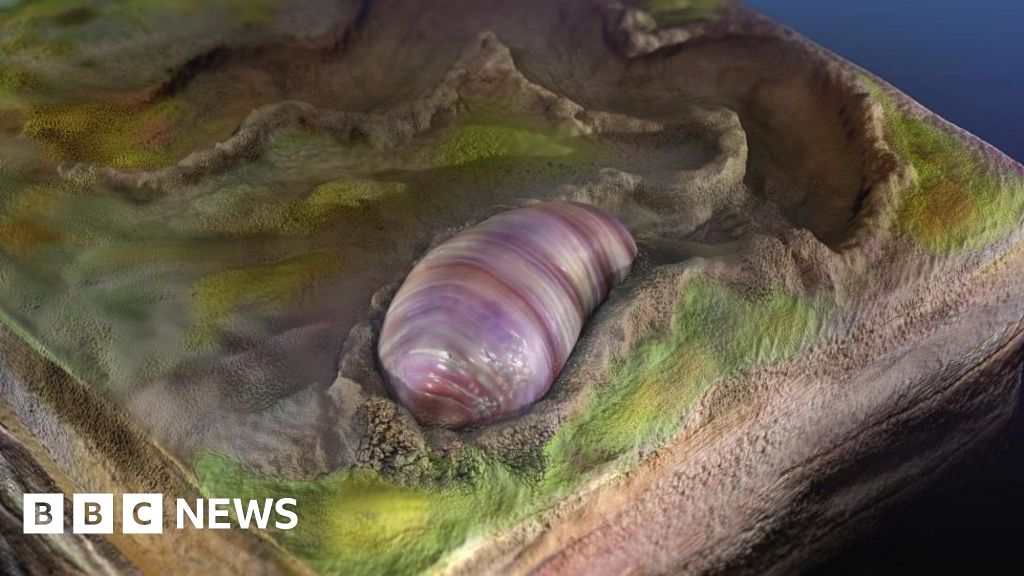 A tiny, 555-million-year-old seafloor creature reveals why our bodies are organised the way they are.
www.bbc.com
Reactions: Catastrophe

Yes the evolutionary worm caught much press attention but no ancestor fossil showing it evolved from non-living matter was presented in the reports, the worm still came from life so biogenesis, not abiogenesis. The entire fossil record shows the law of biogenesis at work (as Louis Pasteur experiments confirm), not abiogenesis. The big problem in the worm story, since Feb-2013, there are more than 3200 living fossils published in science going back to the Cambrian and no evolutionary transformation is shown. Some living fossils are now dated 1 billion years old, algae types. Darwin's life's last common ancestor, the first living cell is not found and neither is the ancestry from non-living matter for this first living cell documented in the fossil record. Abiogenesis is not documented in the fossil record, the law of biogenesis is seen.
Reactions: dfjchem721

FYI. From a source I know and use, "Evolutionary scientists announced the discovery of what they claim are the oldest green-algae fossils—which look remarkably like modern, living seaweeds. The millimeter-sized, multicellular plant fossils were found in China in rocks claimed to be over one billion years old.1"

Yes, now some living fossils may date back one billion years and exhibit little or no evolutionary changes. The fossil record establishes the law of biogenesis, not abiogenesis at work over time.
Reactions: dfjchem721

Clearly the fossil record will never show abiogenesis at any point in its sequence - simply no hard parts. But unless one believe in godly interventions, it must have happened here, or we would not be debating it. I do not buy into life from outer space seeding the universe either. And even if it did, abiogenesis would have had to occur somewhere, or by the magic wand of a deity.

(Many people believe in the "magic wand theory" )

Yes, it appears algae fossils are the oldest. I have read about Stromatolite fossils in Australia dating to over 3 bya, but the search on Wiki is now saying "They peaked about 1.25 billion years ago." 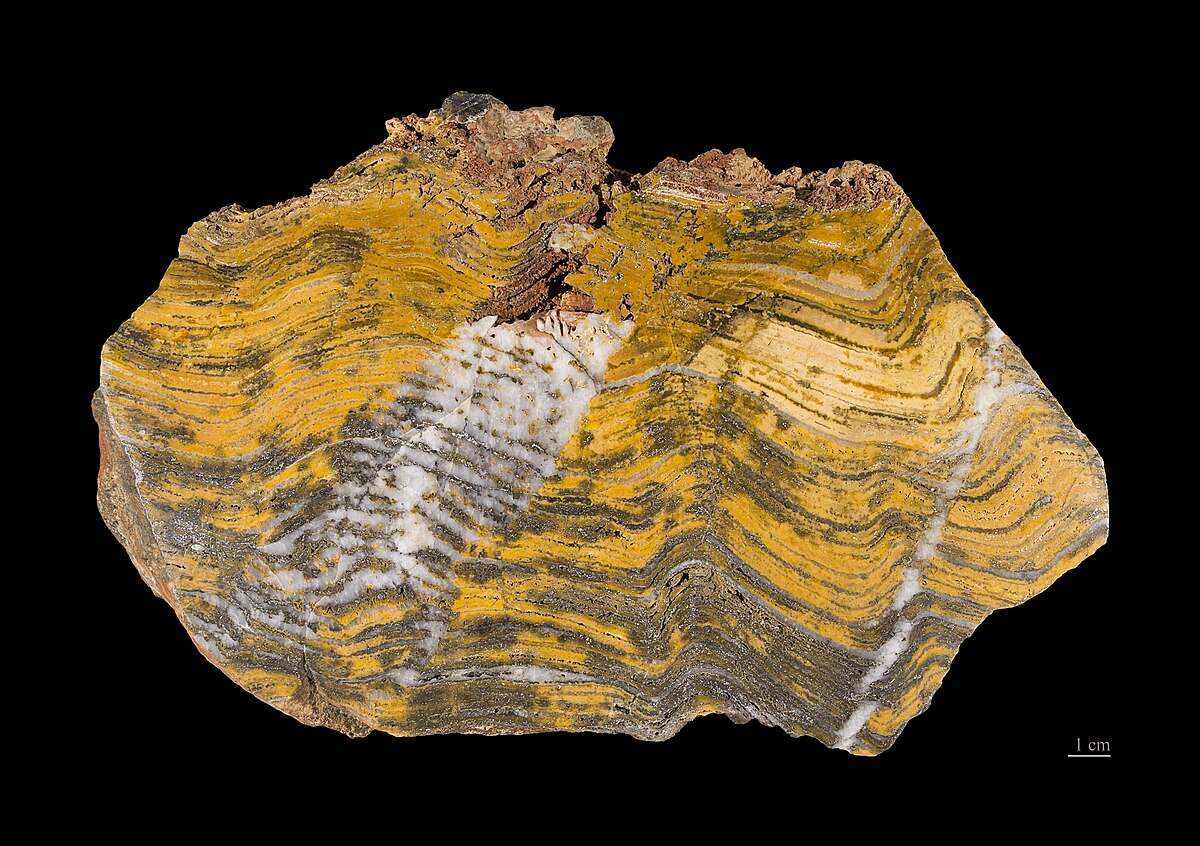 The living fossils you mention are truely amazing. The horseshoe crab being one of the most famous. It is astonishing how long they have survived nearly unchanged.
Last edited: Mar 25, 2020
Reactions: rod
N

rod said:
Okay, Mercury may have or had the *ingredients for life* according to this report. Apparently the formula we have is add some water, find the correct temperature, give it enough time, and spontaneous combustion of life from non-living matter is inevitable. Reports like this remind me of past science reports on life on Mars. Martians Get Their Water from the Poles (1907) and Beings That Are Smarter Than Humans Inhabit the Galaxy Originally published in July 1943

Looks like Louis Pasteur experiments failed to observe the spontaneous combustion of life from non-living matter, perhaps he did not have enough time to see this.
Click to expand...

I agree, we cannot just assume just because everything that can happen with what is there, will happen. Somethings need a catalyst.
Reactions: Lord Hung

To set the record straight, what the poster actually meant was that Pasteur refuted "spontaneous generation". Spontaneous combustion is typically the initiation of a fire in piles of chemical-soaked rags etc., resulting in the rapid consumption of oxygen by chemicals in the rags via an exothermic reaction, resulting in the destruction of the rag and the creation of new chemicals and heat.

He was quite correct on the issue of time, however.

Spontaneous generation was dis-proven by Pasteur with his famous use of sterilized liquids in glass, and demonstrated that any life that grew in them must have been a contaminant from outside the flask, which it was. They were superbly conducted experiments, where he looked at sealed vessels of boiled fluids, and some with open swan neck flasks of boiled fluids, etc. He adequately demonstrated that "spontaneous generation" from mere liquid or "pure" air could not produce life. And he was right. He was up against the opposing ideas that air itself could cause spontaneous generation. What foolishness. He destroyed their myths once and for all.

But Pasteur was relying too heavily on the "magic wand" notions of older research, which has no place in science today. While his experiments disproved the "spontaneous" appearance of life in his studies, they did not rule out the appearance of life from inanimate chemicals (as his research clearly implied at the time). So they stuck with a process known as "biogenesis", which is life from life. But before you can have that, one must undergo a process known as "abiogenesis".*

Regarding Mercury, while we certainly need a catalyst (many of them actually at the molecular level), what we need most are the appropriate conditions for life to arise. These are liquid water and the correct elements and enough time. Now the term spontaneous (cut out of a dictionary) is : the result of a sudden inner impulse or inclination. That is to say, Pasteur was looking for something that was going to happen quickly - a few days or weeks perhaps. The origin of life, as science tells us, requires very exacting conditions of liquid water, complex chemical mixtures, an appropriate temperature that is stable for at least some millions of years, and that one thing previously mentioned : a catalyst.

And that catalyst is likely the first proto-biopolymer that emerges from this watery mix which can replicate itself, and more remarkably, for some totally unknown reason. And it continues to do so and continues to gain in complexity. This then is the initiation of abiogensis since chemical self-replication is at the very core in the origin of life, and its continuation. It happened on earth over 3 billion years ago (so we know it happens!), and Mercury has all the elements for that to occur. But you must have chemical evolution before living evolution. Abiogensis is one of the greatest mysteries of any time. Pasteur was simply too impatient I think, since, again, the process would almost certainly take millions of years. Time he didn't have to fool around with, I suppose.

Sadly, Mercury found itself too close to a big nuclear furnace, and could almost certainly never host the conditions for life.