Do you believe in the possibility of life in other galaxies?

With over a hundred billion galaxies in the universe. It is hard for me to believe that there is not at least one other solar system with life. Especially, when some scientists claim that they have already found some exoplanets that can be like Earth
Reactions: Solardust, IG2007, Helio and 2 others

Interesting question in post #1. I use these two exoplanet sites for studying exoplanets and other solar systems.

This site, https://exoplanetarchive.ipac.caltech.edu/index.html, currently 4389 exoplanets listed as confirmed. The most distant is OGLE-2015-BLG-0051L b shown as 8200 pc or 26745 LY distance from Earth.

How do you propose to verify that exoplanets exist and are earthlike in other galaxies given the max distances so far documented for exoplanets in our galaxy that are confirmed? Example, M31 in Andromeda, a favorite galaxy target to view using my 10-inch telescope.

Post #1 also raises the question of how life arose to begin with here on Earth (or any other planet in our solar system or exoplanet). 1. abiogenesis 2. panspermia 3. special creation.
Last edited: May 29, 2021
Reactions: IG2007

We now have over 4500 exoplanets discovered and that’s only a very small fraction of the universe so it’s likely there are trillions of exoplanets out there. If a few are in a “habital zone” we might not be the only planet with life but because of the distance we can’t prove it now.
Reactions: IG2007 and rod

My observation here. The new confirmed exoplanet count is 4758 now at .eu site I posted in #2 comments. The Earth has a complex fossil record showing the Cambrian explosion of life and the Carboniferous explosion of land and plant life in abundance. So far, no other planet other than Earth has been shown to have this record of life. Today Earth is filled with many plants in abundance too. Plant life in abundance today as well as the fossil record and what is found in the Cambrian explosion may place additional constraints on any evolutionary interpretation of life on exoplanets where an evolutionary process of some type could give rise to advanced, intelligent life that develops science and engineering programs.

In our own solar system, Mars has not been shown to have a fossil record with a Cambrian explosion type life forms or Carboniferous explosion of land and plant life forms, Venus too.

Do you believe in the possibility of life in other galaxies?

Life - at least microorganisms - most definitely, without a shadow of a doubt - yes!

As the level of intelligence rises, the probability decreases, but I still consider that there is intelligent life in every galaxy (probably many times over).

Also, I'd like to say that some forms of life ( not intelligent ) can live on Mars. As far as you may know, the red planet has waster ( ice ), so I presume that in this scientists can find some forms of life or maybe traces or hints of some form of life that could exist on Mars.

I think probably such space missions like James Webb Space Telescope the most expensive and the most advanced telescope by NASA or Ariel space telescope and, it has the same purpose as James Webb Space Telescope to search for planets found beyond our solar system, otherwise known as exoplanets or extrasolar planets. I guess such technology will give us a hint at where life can exist and open more exoplanets.
https://www.skyrora.com/blog/uk-space-news 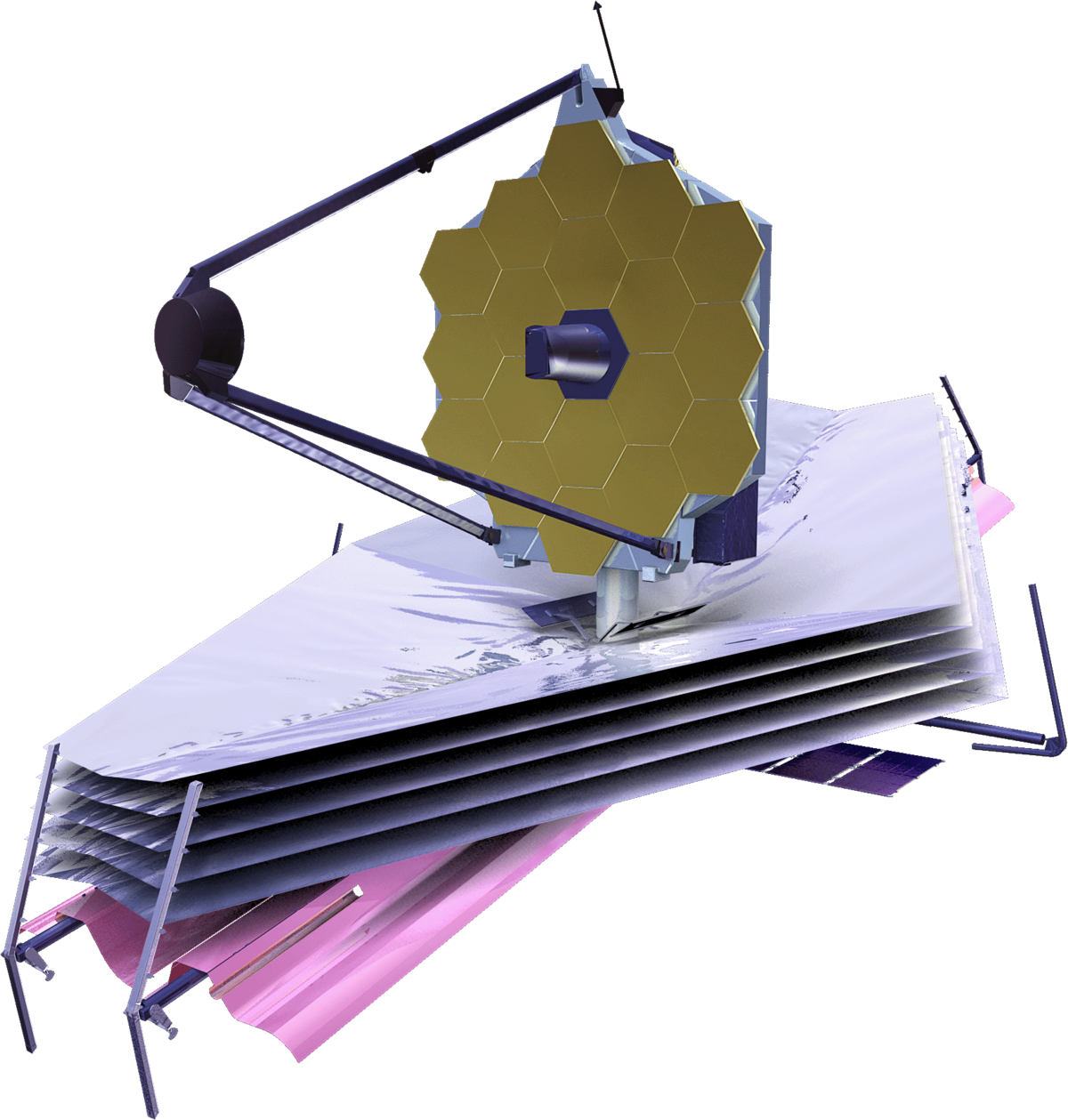 I think this is such an interesting question but because I'm really interested in the ethics of 'colonising' other planets, galaxies etc. If we do go to mars and add an Earth colony there, we are only judging our ability to do this by technical ability. But is it right to do this? I'm not sure

I am (sure). I think, if we really have to, we should finish destroying "our own" planet, before we start on others.

I wonder if we have properly defined life yet.
Reactions: Catastrophe

IG2007 said:
I wonder if we have properly defined life yet.
Click to expand...

Catastrophe said:
" But is it right to do this? I'm not sure"

I am (sure). I think, if we really have to, we should finish destroying "our own" planet, before to start on others.

'Belief' is neither here nor there. IMHO, we will only be able to address this question rationally when we understand how life originated, wherever and whenever that occurred.

At this point, despite the best efforts of many very smart people, we do not even have a credible theory of how abiogenesis might have occurred, let alone how it actually did occur.

The sheer numbers of planets, stars, galaxies, argue the inevitability of life elsewhere. They even argue the likelihood of intelligent life somewhere else, despite the amazing constellation of just-right conditions it took to evolve us.

But when it comes to contact, a small point that's rarely considered is the limitations of chemical propulsion to break out of a planet's gravity well. If Earth were a little bigger, we might never get off it.

A bigger consideration is time. Maybe extraterrestrial civilizations do exist--or have existed. But for how long? We invariably assume that we will be here until the sun expands and forces us to leave. Why do we assume that? Given the existence of multiple planetary civilizations, what is their average life span? Humanity may be just another example of a cosmic spark that burns for an instant and then is gone. What's the likelihood of two such sparks burning at the same time, and in such positions that they can, & do, become aware of each other?

Let's start with what you mean by life. Simply any living organisms of any development, or living organisms that have a high level of development, or the fact that a person will ever be able to live in other galaxies? I think that I am just living life already exists in other galaxies, since I adhere to the theory that we are not alone in this world. There can also be very developed organisms. And about whether we can ever live very far away, namely in another galaxy, I don’t even know, it seems that after thousands of years, humanity can do anything.

"Let's start with what you mean by life." Absolutely correct.
The chance of life in any form increases exponentially as it is more simple. Actually, the other way round is more appropriate: The chance of life becomes less probable as we consider more and more intelligent organisms.

I would suggest that the chances of simple microorganisms are billions to one on. The chances of highly intelligent life, much much less. We should remember, however, that other species on Earth are intelligent - dolphins, for example. It is just that we are the only ones with this level of technology.

I would be very surprised, if there were not at the very very least one planet per galaxy with organisms of at least our level of intelligence.

One major point to consider is, barring FTL travel, it is extremely impractical for physical transportation between intelligent species, even if they are around stars at the average of 5 light years separation (closer at galaxy centres). However, EM communication is at the speed of light and not that impractical - but still around 8 years between each send and reply. And, as has been pointed out, it is not only necessary for civilisations to be in relatively close proximity in space, but they must also be co-temporal. Try talking to the Ancient Greeks, and their location is only a few thousand miles away.

P.S. When it comes to space, thousands of years means next to nothing.
Last edited: Jun 16, 2021
Reactions: SOURAV and Misha Marchuk
S

Interesting points..! However, it may sounds strange, but the real fact is that, there may be no life in other galaxies. We are really Special..!! You may find it interesting, but it's true. Please go through the link below:-

Sorry, the idea (post #19) is so utterly ridiculous that I have not even watched the video.
I hope that I am wrong in guessing the direction in which it is leading (GRAPE).

Catastrophe said:
I hope that I am wrong in guessing the direction in which it is leading (GRAPE).
Click to expand...

Wolfshadw
Yes, I have to say that I did watch all 24 min 57 sec and I was waiting for the punch line which never came. However, I do maintain that intelligent life on one planet in the Universe can only have one basic assumption.
IMHO the whole presentation was flawed by incorrect assumptions.
Statistics were used to "disprove" the plurality of worlds (as locations of life) and then used to "prove" the uniqueness of life in one location as being special.
The "one in a thousand" argument was particularly specious. Why take always 1/1000 (or 10,000 whatever it was) when it could sometimes be 2 per 1000 or 999 per 1000.
Sorry. Whilst I agree not stated, I can only see one destination.

I will respectfully disagree with you. My take from the video was simply this: It's POSSIBLE that there is no other life in the solar system/galaxy/universe/multi-verse. I saw no conclusions drawn that haven't already been made in opposition.

Personally, I still think the universe teems with life, but I cannot deny the possibility of that thought being incorrect.

Technically, I agree with you. It is a remote (divide by infinity ) possibility that we are the only life in the Universe. I believe it to be infinitely impossible (I don't know whether you have noticed my dislike of the word infinite?) that we are alone.

As Carl Sagan (and others, I believe) put it, "faith is belief, in the absence of evidence". I understand your thinking, but since the video didn't actually go there... You can assume that was the intent of the presenter. I can assume that a goodly number of posts/threads on these forums (including this thread) fall into that assumption. But again, I have to respectfully disagree.