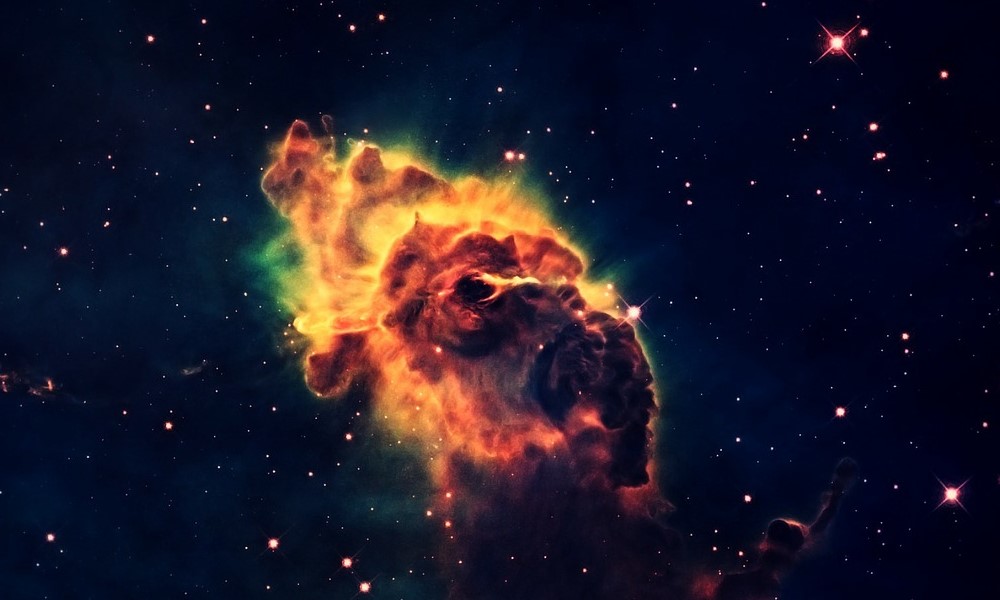 Stars are the birthplace of every element in the universe. The materials that make up you and I are cooking in the hearts of stars at this very minute in a process that has been happening since shortly after the Big Bang. This process is stellar nucleosynthesis, and here’s how it works. 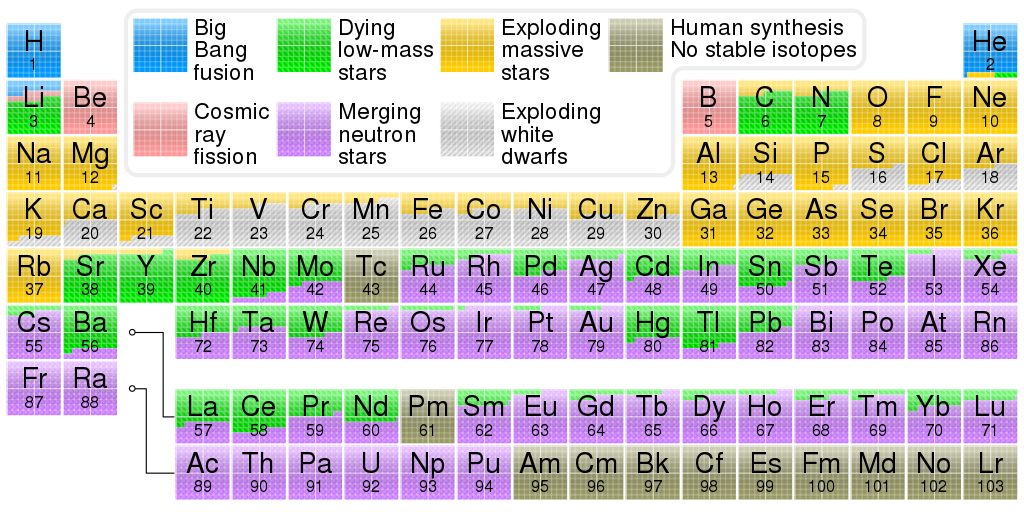 1. It all starts with hydrogen and helium.
Right after the Big Bang, the only elements in existence were hydrogen, helium, and a tiny bit of lithium and beryllium. These are the lightest elements, meaning they have the fewest number of protons. Now, however, we have an entire periodic table’s worth of elements. How did they get there?

2. Things start to heat up.
When it’s really, really hot, hydrogen atoms start to move a lot more quickly. When they move more quickly, they’re more prone to collisions. More collisions mean more chances for heavier elements to form. In order for hydrogen to begin fusing into heavier elements, it has to be at a minimum temperature of 5 million degrees. As a frame of reference, our sun is 27 million degrees F at the core. Larger stars can get even hotter, and the extra heat allows for collisions between more elements, leading to the production of elements that are heavier still.

3. Then suddenly, fusion.
In the hydrogen fusion process, hydrogen nuclei fuse to form helium. Once the hydrogen is used up, helium is burned and fuses into carbon. The process continues like so:

Iron is the end of nucleosynthesis. It is the heaviest element that only the largest stars are able to form. Once a star runs out of fuel, it either cools and dies, or explodes and shoots its elements out into the universe. The latter process is what gave rise to the elements in your body and all around you.