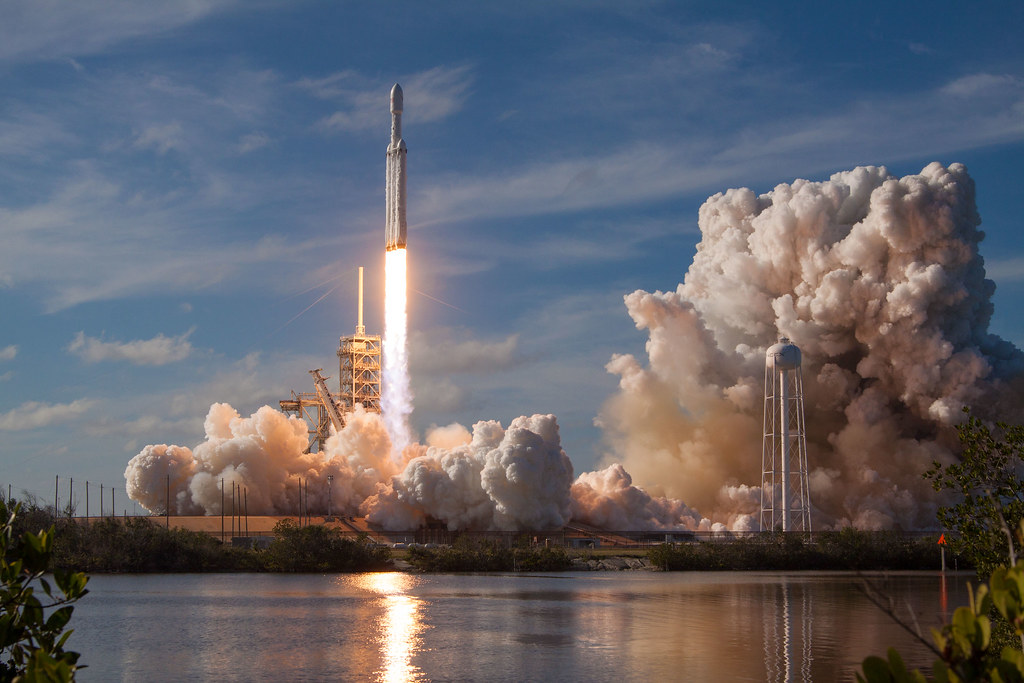 So you want to get in touch with SpaceX. Maybe you have a brilliant design for a rocketship, a burning question about space travel, or you just want to find out what on earth is going on in Elon Musk’s head. No matter what the reason, here’s how to reach out to SpaceX and submit your question.

2. Navigate to “About SpaceX”.
In the upper right hand corner of the website, you should see “About SpaceX” on the black menu bar. The button is located in between “Updates” and “Careers.” Click on it, and you’ll be taken to their info page which contains contact information.

4. Send an email or call the number listed.
On the opposite side from the “Contact” heading, you should see all the contact information for SpaceX. There is an address for the headquarters, a general line phone number, and two different email addresses. One email is for media, and the other is for sales. Keep in mind that if you choose to call the general line instead of send an email, you won’t speak to a human employee. SpaceX is big on technology, naturally, so most of their customer service avenues are automated.

All celestial mass bodies have the ability to generate quakes, even the Earth's Moon. The larger the mass body, the greater the chance for quakes. The Earth alone averages tens of thousands of earthquakes, of varying intensities, each year. These quakes are the result of its consistent force of gravitational acceleration on the mass, whose intensity is based on its mass density. The greatest gravitational force is expressed from within the center of mass, where the density is the greatest. Increase the density of a mass and you increase the probability for quakes. A spinning mass provides for an even greater probability of quakes, as the varying stratified layers of the mass are massaged into place as the mass body attempts to adapt to the gravitational forces being applied to it.

The Earth's Moon is also subject to a variety of varying sources of radiation. Any construction of a research station needs to take into account a way to sheild our most of this radiation. In the ssci-fi epic novel, ‘Shadow-Forge Revelations’, the lunar research station is built with Ducrete. Per Wikipedia, DUCRETE (Depleted Uranium Concrete) is a high density concrete alternative investigated for use in construction of casks for storage of radioactive waste. It is a composite material containing depleted uranium dioxide aggregate instead of conventional gravel, with a Portland cement binder. DUCRETE is a kind of concrete that replaces the standard coarse aggregate with a depleted uranium ceramic material. All of the other materials present in DUCRETE (Portland cement, sand and water) are used in the same volumetric ratio used for ordinary concrete. This ceramic material is a very efficient shielding material since it presents both high atomic number (uranium) for gamma shielding, and low atomic number (water bonded in the concrete) for neutron shielding.[2] There exists an optimum uranium-to-binder ratio for a combined attenuation of gamma and neutron radiation at a given wall thickness. A balance needs to be established between the attenuation of the gamma flux in the Depleted Uranium Oxide (DUO2) and the cement phase with water to attenuate the neutron flux.

Additionally, the architectural design for the lunar research station takes advantage of the spherical shape. The spherical design results in highly efficient and effective air circulation when either facing towards or away from the sun. Less surface area makes these buildings less susceptible to temperature changes, and thus, inexpensive to heat and cool as compared to rectangular structures. Per the NASA paper 'The Second Conference on Lunar Bases and Space Activities of the 21st Century, volume 1', the structural integrity of this spherical design increases in a low gravity environment. This is a great advantage for surviving lunar quakes which are rhythmically longer in duration than earthquakes.

As science fiction imitates science fact, you can gain a greater appreciation of what it would be like to build and live on the moon through reading the epic novel, ‘Shadow-Forge Revelations’.