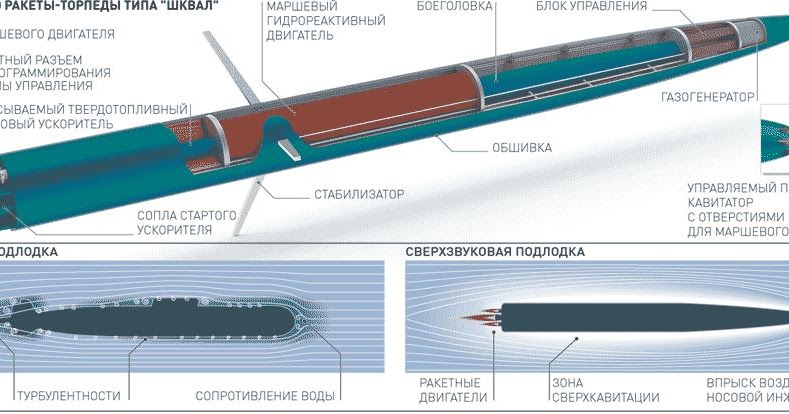 It seems that the following design of the marching engine of the torpedo "Squall" may be suitable for amateur rocketry. This applies to metals with a pronounced hydroreaction.

The torpedo moves in the water column under the action of the thrust of a hydrojet direct current engine. The engine has hydroreactive fuel, starting and marching. The starting RDTP accelerates the torpedo to cruising speed in 4 seconds, and then fires. Then the marching engine continues to work, the momentum of the engine is achieved by using seawater as a working material and oxidizer, and the fuel is water-reactive metals (aluminum, magnesium, lithium).

Physical and chemical properties
Physical properties
Magnesium - a silvery-white metal with a hexagonal lattice, has a metallic luster; spatial group P 63 / mmc, lattice parameters a = 0.32029 nm, c = 0.52000 nm, Z = 2. Under normal conditions, the surface of magnesium is covered with a strong protective film of magnesium oxide MgO, which collapses when heated in air to about 600 ° C, after which the metal burns with a dazzling white flame to form magnesium oxide and nitride Mg3N2. The density of magnesium at 20 ° C - 1,737 g / cm ³, the melting point of the metal tpl = 651 ° C, the boiling point tboil = 1103 ° C, the thermal conductivity at 20 ° C - 156 W / (m · K).
High-purity magnesium is plastic, well pressed, rolled and cut.
Chemical properties
A mixture of magnesium powder with potassium permanganate KMnO4 is an explosive
Hot magnesium reacts with water:
Mg + H2O = MgO + H2 ↑ + 75 kcal
A reaction is also possible:
Mg + 2H2O = Mg (OH) 2 + H2 ↑ + 80.52 kcal
Alkalis do not act on magnesium, in acids it dissolves easily with the release of hydrogen:
Mg + 2HCl = MgCl2 + H2
When heated in air, magnesium burns to form oxide and a small amount of nitride. At the same time a large amount of heat and light energy is allocated:
2Mg + O2 = 2MgO
3Mg + N2 = Mg3N2
Magnesium can burn even in carbon dioxide:
2Mg + CO2 = 2MgO + C
Burning magnesium cannot be extinguished with water.

So, we have the design of a classic hybrid. From safe components of fuel and oxidizer. In addition, the oxidant, water, can be fed into the combustion chamber under the pressure of its own steam, which rises up through the water from the tank.

It turns out a beautiful and simple design!


considered useful for returning from Mars. Where magnesium will be among the structural elements, and CO2 will be extracted on Mars.
Last edited: Jul 25, 2020