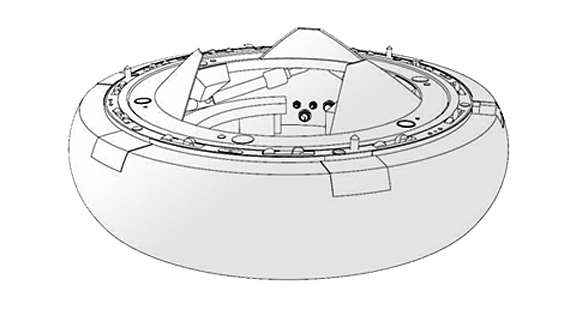 The International Space Station Multilateral Coordination Board (MCB) has approved a docking system standard. The international standard will provide guidelines for a common interface to link future spacecraft ranging from crewed to autonomous vehicles and from low-Earth orbit to deep-space exploration missions. The interface definition document is available at: http://www.internationaldockingstandard.com

The MCB consists of senior representatives from NASA, the Russian Federal Space Agency; the Japanese Ministry of Education, Culture, Sports, Science and Technology assisted by the Japan Aerospace Exploration Agency; the European Space Agency; and the Canadian Space Agency. The MCB is the space station's senior level management board. It coordinates the orbiting laboratory's operations and activities among the partners.

"The goal was to identify the requirements to create a standard interface to enable two different spacecraft to dock in space during future missions and operations," said Bill Gerstenmaier, MCB chair and associate administrator for the Space Operations Mission Directorate at NASA Headquarters in Washington. "This standard will ease the development process for emerging international cooperative space missions and enable the possibility of international crew rescue missions."

This standardization effort will ensure interface commonality without dictating any particular design behind the standard interface. The document contains the information necessary to describe physical features and design loads of a standard docking interface.

The technical teams from the five space station partner agencies will continue to work on additional refinements and revisions to the initial standard.

The Multilateral Coordination Board released the document to allow non-partner agencies and commercial developers to review the new standard and provide feedback.
Click to expand...

An agreement on a common docking interface for the International Space Station is pushing the program's partners closer to a global transportation policy, one that officials say is imperative for a collaborative exploration effort.
Click to expand...

"The goal was to identify the requirements to create a standard interface to enable two different spacecraft to dock in space during future missions and operations," said Bill Gerstenmaier, MCB chair and NASA's associate administrator for space operations. "This standard will ease the development process for emerging international cooperative space missions and enable the possibility of international crew rescue missions."

Aboard the space station, the International Docking System Standard would permit visiting spacecraft to use any available port on the complex.
Click to expand...

NASA plans to launch two Common Docking Adapters to the space station in 2014 and 2016. Both docking systems will be carried to the outpost on H-2 Transfer Vehicles and bolted to the Harmony module at the forward end of the complex, according to NASA officials.
Click to expand...

Although future docking commercial and NASA vehicles will use the CDAs, NASA plans to keep the shuttle docking ports at the station for extra storage room.

NASA is developing the Low Impact Docking System, or LIDS, for next-generation exploration and crew rescue vehicles. The LIDS system will fly on the Orion spacecraft and commercial crew capsules later this decade, and the new CDA system will be able to receive those vehicles.
Click to expand...

"This is a good example how to proceed, not only for ISS but also exploration, because being able to have a standard interface (among) the five partners, it's never happened before," said Simonetta Di Pippo, ESA's director of human spaceflight.

ESA hopes to incorporate the IBDM on its next unmanned cargo freighters, either on new orders of the Automated Transfer Vehicle or a re-entry version named the ARV.
Click to expand...

Good idea, should have been implemented a long time ago, when the Space Station plan was approved!!!!

Finally an International standard that commercial venders can then build too that they can then offer to anybody, I’m sure Bigelow aerospace is happy with this development. They now have a specification to use to build the docking system for the Sundancer with a good expectation that by 2014 almost any vehicle would have been upgraded to work with this new standard. So if CCDev has not yet gotten going at least Soyuz could dock with it.

Government agencies that produce standards and then steps back to let commercial innovate the hardware and software to meet the standard seems to work very well. The FCC’s standards have been painful at times but are usually well thought out and have included industry inputs and innovations. Take the 802.11a/b/g/n series of wireless standards and the HD broadcast standard. Before the switchover few TV’s had digital receivers, now it would be hard to find one with an analog receiver. This complete production changeover occurred in less than two years. Commercial manufactures are very flexible, compared to government driven design development. HD brodcast could have been done 10 years ago but the political battle with special interest was tougher than the FCC counted on.

You will notice that the docking standard came out just at the time that the Shuttle is being deactivated with its incompatible docking mechanism. The US didn’t want to have to upgrade the Shuttles to the new standard so NASA drug its feet on it.