A hive lighter than Mars air, millions of years old civilized beings. That black speck in the sky. Formally Black Knight Satellite. Reptiles, multi segmented, breathing oxygen. They have electronics , 5 frequencies, speaking English for you, speed up 5 fold. They talk gruffly, and of course feel crazy talking to life born out of the ocean, with so much water. They do not like excess water. You see undercut rock ledges and holes and bones pulled under ground and loose soil.
They could be more intelligent than we are, having millions of years of history. We are slow to them.

On the MOON, we chopped on a mysterious rock formation. House Rock. Shadow Rock. As if it was a Hive like plastic material, like
the Blob that looked like it walked out on a ledge seen by Curiosity Rover, with a pointed top.

Not very well seen in the blackness of space, but we asked what that spec was with Perserverance when we ourselves could not lift off with
Inginuity, what was up there as a black speck near a rain bow.

A SATELLITE is what follows us, and the Nasa Space Shuttle was dogged by a Black Knight Satellite passing by. When you try to board it, it does evasive manuvers.

We are rare as human beings on planet earth, when most of the living environment is what these multi segmeted beings live in. They like the cold like reptiles are cold blooded. Millions of years before us, and now they are intelligent, with technology, but they may disgust us, like we disgust them.

We were right up close to Shadow Rock. What is it?

In the Artic Poles on Earth, the cold water is home to abundant life, with little oxygen under water, the cold, holds the oxygen. Every where there is LIFE but different from our own that is very rare. They discovered US first and can usually speak our language, but it is crazy for them to make contact like you would feel crazy talking to a centipede..

What exactly are you talking about here? Please explain.

No. This seems like sci-fi nonsense. Merging with your other thread as well.

MARS. or Military Affiliated Radio Stations. Q&A on the Radio License Exam, has the answer that RADIO is experimental, and that no one has the exact knowledge concerning radio.
Already, we have conversations and when pre amplified, thousands more, on each and every frequency. This leaves this issue to have no one with an absolute reply that anyone would have an issue that is dis credited.

The mission of Perserverance is looking for life, and that is the issue that Curiousity did not have specifically. We only usually notice the life that is exactly
the same as we are, to be butting heads with. Obviously, we are out of our environment, and there should be room for other advanced creatures to be within their habitable zone, and be what we do not need to butt heads with.

NO ONE SHALL PASS, is what they thought the Black Knight Satellite was trying to tell us, that has a history of 13,000 years, sitting in the upper atmosphere with the same black profile that Curiosity & Perserverance has photographed and is not just a speck on the camera lense.

If this is what you are referring to, then it is pure nonsense: 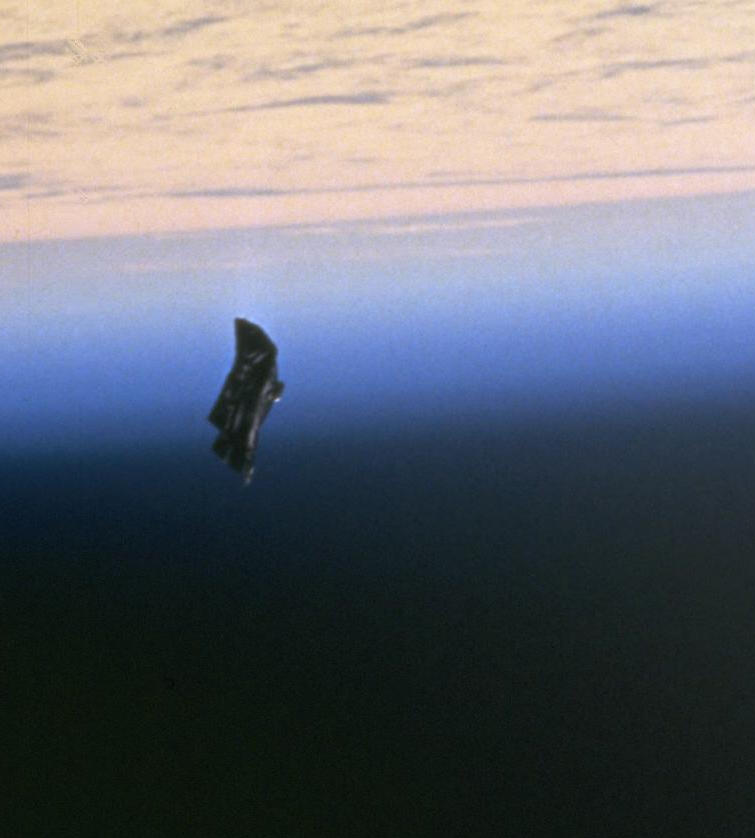