The relativity of the Light speed in vacuum is equal to 299 792 458 m / s which is approx. C= 2.99 Mm/Cs where Light could be found in a space devoid from matter and have a constant speed in relative to that vacuum. But its vector speed in an absolute emptiness where there is no matter neither vacuum, it differs from the reality of the nature of measurement. Those mathematics emptiness vector quarks tend to infinity π in measuring the speed of Light where speed=distance / time=trajectory of photons path and spins / the unit of time. The path of a photon is always spiral, circular and sinusoidal wave-particles at the same time. So they spin and move the same way and they have the same speed rotation around themselves the same way they move in their sinusoidal path. So the photon vector speed tend to infinity in a spherical trajectory in the n Dimension "Like the Light of the whole universe"and its duality entanglement tend to torus in the n-1 Dimension singularity "Like in Black Holes". The circles trajectories smallest as quarks or bigger as universe divided by there smallest and biggest distances diameters at the same time are equal to π if the unit of time is equal to 1 centisecond, the circumference should be equal to π Megameters "Millions of Meters".
C= 314 159 265.3 ... m/s

The Space-Time bend at infinity because of Light speed which propagate in Gravity. It is the speed of Light C=π Mm / Cs that makes the gravitons moves up and down and in a wavy form to make the curvature of the space-time. It is in Megameters / Centisecond because Light is extremely fast and it is about Millions of Meters per centisecond.

The continues time of 1 Centisecond at infinity will be like in the zero form in the straight line in the zeta function of Riemann because time is always straight but the space-time bend because of the gravity of Light shell.

The zeros of the zeta-function on the straight line σ=1/2σ=1/2. (continuity of unit Time 1+1+1+1....) but Like we know that time at infinity is a continues of Linked mixed numbers together like the Hours + Minutes + Seconds + .... its infinity will become a 1 unit of straight existence in presence of Light that is equal to 1 and straight till infinity to bend the space-time in the division presence of its mirrored distance of past and future. So if the photon does 1 spin the electrons does half spin. if Radius equal to half the diameter is equal to 1 so the circumference is equal to π and vice versa. (Circumference Radian vector speed ratio) 2π / 1/2 = π (to the Power) π2 / π = π (Cubic) π3 / π2 = π ....

In the end everything in Light tend to spherical shape in n D at infinity and to torus in n-1 D at before infinity. the same for its time-space but the time stay straight eternally as it is a 1 time for all times references.

The Hyperbola Moments Space-Time will bend at infinity and become elliptical to spherical as a 1 Unit of a diameter Time in the space-time dimension. 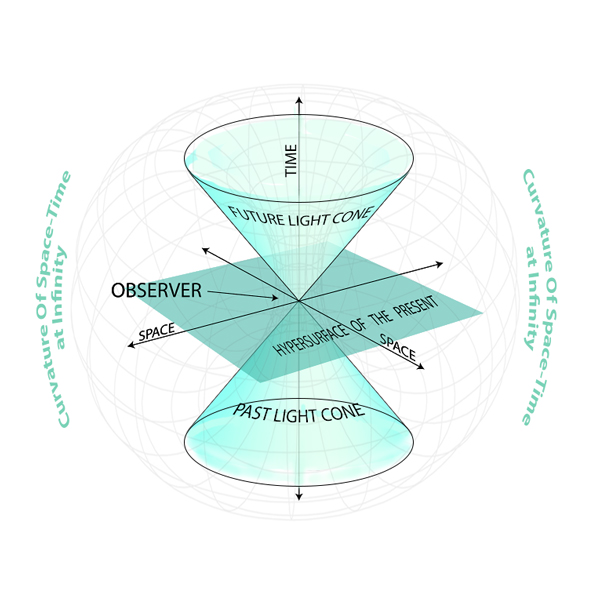 There is nothing faster than Light but the relativity of Light energy in proportion to the mass matter makes the curvature of Space-time that comes from gravity. It is the Light constant speed that makes everything in rotation and movement. The Photons are the commander of electrons in the atoms to form the mass by their virtue energy that they do.

At infinity the curvature of space-time bends to form the spherical universe in the n Dimension and makes black holes in the n-1 Dimension. So the Light can escape to another dimension to make there Loops incarnations to generate matters in another spaces. it is the metamorphoses of matter to Light to an inverse cycle of a systematic Link of Past, Present and Future. Besides, photons speeds will interact with each others to form the Light Shell of the Universe and to construct the matter in Space-Time. 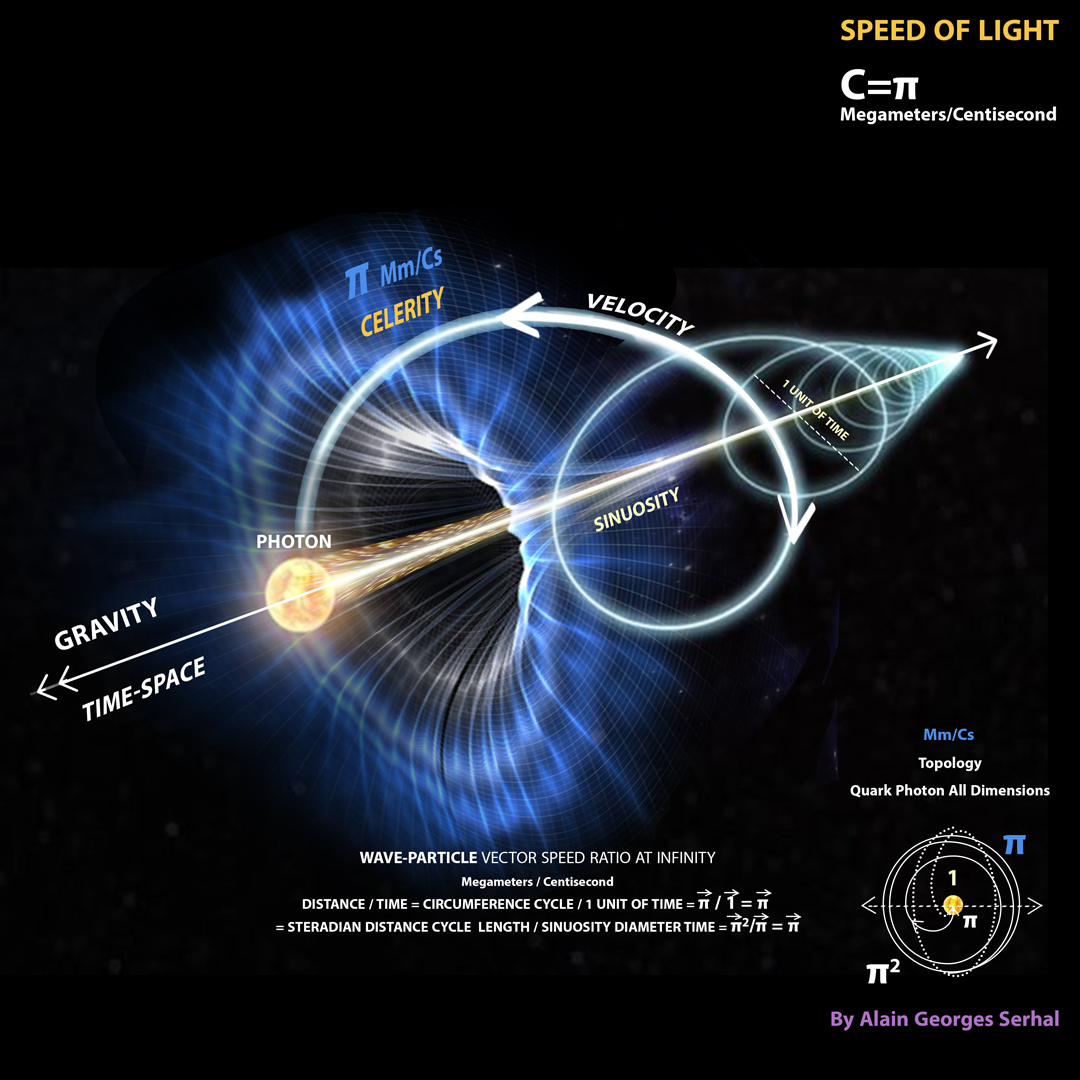 It is the constant irrational speed of Light that makes the Gravity because the photons spin around themselves and in the wavy propagation movement they create the Gravity as a vaccum. So they create the gravity to go through and propagate inside afterall in the absolute emptiness. The present is the key of past and future. The past and future cones will be gone by the presence time of present to make the existence of the matter. All the other predicted cones will be illusions. The emptiness is in Light and without emptiness there is always Light. The absence of Light make the emptiness visible as a dark matter but the absolute emptiness is the hole of gravity where there is an emptiness in the extreme singularity where Light goes there to enter the gate of space-time by the quazar tunnel to make there loops. The same is in the quarks quantum Light , they act in the same way to form the shell of the Light inside nature and the universe.
Last edited: Mar 28, 2021
You must log in or register to reply here.
Share:
Facebook Twitter Reddit Pinterest Tumblr WhatsApp Email Link