Peering into the early universe, astronomers uncovered a surprise: a young galaxy that looks a lot like our home, the Milky Way.

I get the same remark all the time
Reactions: Lovethrust

The article says "The discovery held a big surprise for the researchers. Stars were forming quickly, as expected, since there was abundant gas available when the universe was young."

My observation. Looks this galaxy contradicts or conflicts with LCDM model expectations in BB cosmology. It should be interesting to follow cosmology reports on this galaxy, SPT0418-47.

https://www.nature.com/articles/s41586-020-2572-6, "Abstract The extreme astrophysical processes and conditions that characterize the early Universe are expected to result in young galaxies that are dynamically different from those observed today1,2,3,4,5. This is because the strong effects associated with galaxy mergers and supernova explosions would lead to most young star-forming galaxies being dynamically hot, chaotic and strongly unstable1,2. Here we report the presence of a dynamically cold, but highly star-forming, rotating disk in a galaxy at redshift6 z = 4.2, when the Universe was just 1.4 billion years old. Galaxy SPT–S J041839–4751.9 is strongly gravitationally lensed by a foreground galaxy at z = 0.263, and it is a typical dusty starburst, with global star-forming7 and dust properties8 that are in agreement with current numerical simulations9 and observations10. Interferometric imaging at a spatial resolution of about 60 parsecs reveals a ratio of rotational to random motions of 9.7 ± 0.4, which is at least four times larger than that expected from any galaxy evolution model at this epoch1,2,3,4,5 but similar to the ratios of spiral galaxies in the local Universe11. We derive a rotation curve with the typical shape of nearby massive spiral galaxies, which demonstrates that at least some young galaxies are dynamically akin to those observed in the local Universe, and only weakly affected by extreme physical processes."
T

rod said:
The article says "The discovery held a big surprise for the researchers. Stars were forming quickly, as expected, since there was abundant gas available when the universe was young."

Looks this galaxy contradicts or conflicts with LCDM model expectations in BB cosmology.
Click to expand...

I think you got the quote wrong, it isn't the star formation that is unexpected, it is the balance between rotational and random redshift distribution - as well as the bar - that reminds of nearby galaxies.

I'm not sure if they can model galaxy development on that scale in cosmological simulations due to lack of resources. IIRC the latest plaint was that they can't put model the super massive black holes and gas feedback that we know are active in galaxy development. This is, or was, the research edge 2 years ago:

Perhaps the simulations' single biggest lesson so far is not that scientists need to revise their overarching theory of cosmology, but rather that problems lurk in their understanding of astrophysics at smaller scales. In particular, their theory of star formation comes up wanting,
Click to expand...

Unless I'm mistaken, I would say on the cosmological claim: "References missing."
I don't think we can extract a conflict with current cosmology from this. In fact, I believe that train left the station 2 years ago. And that it is unlikely to "backtrack".

The one remaining data conflict is a tendency between low-z expansion observations and high-z integrative data compilations to have a > 3 sigma tension between expansion rates. Here the train is still in the station, but the most likely explanation is that it's experimental problems. We can for instance completely convert that rate tension to a tension in cosmic background radiation temperature. And that simple hypothesis has not yet been rejected.
Last edited: Aug 14, 2020
Reactions: rod

I doubt there's any doubt regarding early galactic morphology on the whole. Isn't there a rule that there are exceptions to the rules?

That is a heck of a nice ring!

Perhaps DM plays a role in this earlier period, allowing a few to mature quicker. Or, perhaps we aren't seeing just one galaxy, though this seems unlikely. It was noted that no spirals seem to exist, so it's still a youngster.
Reactions: rod

"Astronomers using the Atacama Large Millimeter/submillimeter Array (ALMA), in which the European Southern Observatory (ESO) is a partner, have revealed an extremely distant and therefore very young galaxy that looks surprisingly like our Milky Way. The galaxy is so far away its light has taken more than 12 billion years to reach us: we see it as it was when the Universe was just 1.4 billion years old. It is also surprisingly unchaotic, contradicting theories that all galaxies in the early Universe were turbulent and unstable. This unexpected discovery challenges our understanding of how galaxies form, giving new insights into the past of our Universe."

The report is about SPT0418-47, same as the space.com article. When folks read cosmology reports that use language like *surprising, unexpected*, there are indeed problems in LCDM cosmology.

rod said:
The report is about SPT0418-47, same as the space.com article. When folks read cosmology reports that use language like *surprising, unexpected*, there are indeed problems in LCDM cosmology.
Click to expand...

Usually if something demonstrably challenges mainstream science, the authors likely get a little more exuberant as shattering the old to forge a path for the new is what Nobel Prizes are for. The fuzzy result they have seems interesting. The Einstein lens effect is still new but the more it is used, especially with the larger scopes that are coming soon, the more we will learn about the early universe. It would be disappointing if the early universe doesn't have surprises. Just look how everybody thought Pluto was just a cold dog, but it is a dynamic and wonderous dwarf planet instead.
Reactions: rod

voidpotentialenergy said:
I get the same remark all the time
Click to expand... 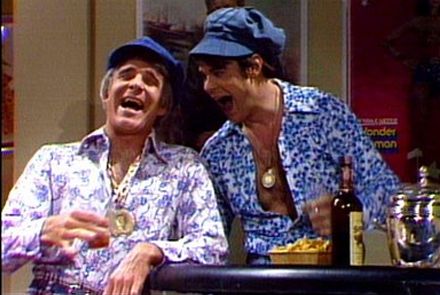