Venus isn't the only world beyond Earth where scientists have gotten a possible whiff of life.

The clouds of Venus join the shortlist for potential signs of life in our solar system : Read more
Reactions: rod

"So it's not crazy to think that we could soon get an answer to that biggest of queries: Are we alone?"

My observation. While the search for life in the universe continues, including here in our solar system, *verified* life is yet to be shown in science (other than on Earth). Wait and see. Yet if life can only be shown here on Earth, including a fossil record, the answer to the question is - we are it, at least for biological life
K

Certainly agree with your point. In fact, it is too huge to deduce any such conclusions, in my view.

Strangely, it's a hydride covalently bonded with a pnictogen (in this case, obviously, phosphorus). Rather nasty little chemical. Certainly in aerobic settings, so any adventurous would-be explorers might think twice if they want to take their chances with a particle, 20 parts per billion, that might spontaneously explode and would certainly inhibit breathing and which in Venus' atmosphere would probably be about the most hospitable substance there (not even to mention the ground, which is even less friendly).Colonization certainly seems far-fetched.

And yet, still, that it is there. Phosphine would not last very long in the acidic soup that is Venus' sky. Sulfuric acid and sunlight--both fairly ample things, clearly, would not allow it to exist long at all. So for there to be a presence enough to detect, continuously, it must have some source.

The amount the team has detected, though it seems small, is orders of magnitude more than conventional other sources could be leaving. I share your skepticism of jumping to "biological processes" (as I have no idea how... or more importantly where---anything biological might sustain itself in such a hostile environment. But that leaves us with: what process is causing it, and continuously?

It is such a stumping question that, aside from the question of life on Venus, is an extraordinary discovery.
W

I believe there may be a small chance that they will find the remains of microbial life 50–65 km above the surface of Venus, not because I believe there is a possibility of indigenous life in the upper atmosphere of Venus. You see, there is scientific evidence establishing that diatoms and other microorganisms are wafted up into Earth’s upper stratosphere and beyond 25–100 km above Earth’s surface. [Alexa R. Van Eaton, Margaret A. Harper, and Colin J. N. Wilson, “High-Flying Diatoms: Widespread Dispersal of Microorganisms in an Explosive Volcanic Eruption,” Geology 41, no. 11 (November 2013): 1187–90, doi:10.1130/G24829.1; Milton Wainwright et al., “Isolation of a Diatom Frustule Fragment from the Lower Stratosphere (22–27 Km)-Evidence for a Cosmic Origin,” Journal of Cosmology 2013, volume 22 (August 9, 2013): 10183–10188. ]
From there, passing dust particles will transport a few of these microorganisms to the upper atmosphere of Venus. Another transport route would be large meteoroids bombarding Earth with sufficient force to export Earth rocks and soil into interplanetary space. For example, astronomers have calculated that meteoroids have deposited about 20,000 kg of Earth material on average on every 100 square km of the Moon’s surface.
So, it is inevitable that the remains of Earth life have been transported to Venus’s upper atmosphere by natural means.
Earth was hostile enough 3.83 billion years ago to, against incredible odds, to have life emerge. Elsewhere, we can just starting with habitable zones: water, UV, planetary electric field, planet rotation rate/tidal locking, planet rotation axis tilt, astrosphere stellar magnetic wind, then the galactic habitable zones inc. co-rotation zone (just inside of), far from super novae, staying near plane of rotation, far from any large galaxy, and much more. The math is insanely against it.
So, sorry, just color me as a skeptic.
Reactions: Carl Swart

Wally, respectfully they considered the possibility. It nowhere near explains the amount of PH3 discovered. I believe you are right about the probability, but unless there is something missing here, earthborne traces are not the cause (they have found ~10*8 times as much!)

Extended Data Fig. 10: An overview is presented of the potential pathways for phosphine production in the Venusian environment. | Nature Astronomy 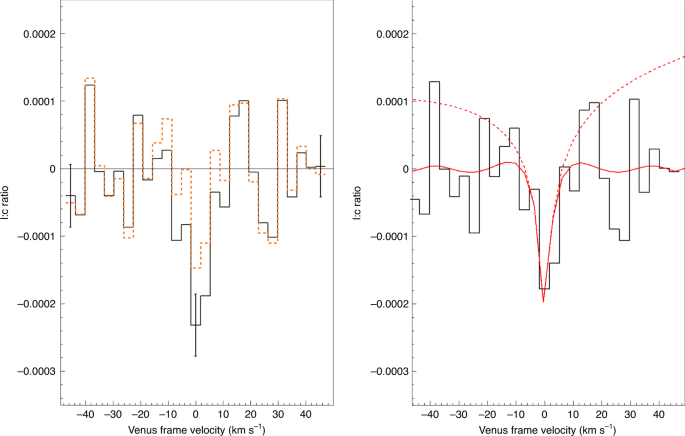 Phosphine gas in the cloud decks of Venus - Nature Astronomy

The detection of ~20â€‰ppb of phosphine in Venus clouds by observations in the millimetre-wavelength range from JCMT and ALMA is puzzling, because according to our knowledge of Venus, no phosphine should be there. As the most plausible formation paths do not work, the source could be unknown...

Admin said:
Venus isn't the only world beyond Earth where scientists have gotten a possible whiff of life.
Click to expand...

The astronomers who did the measurements are just as skeptical as any of us are - they explicitly say that it's the result of a previously unknown process, which could be organic or inorganic. The latter, of course, is far more likely.
Given the critical role of metalloenzymes in life as we know it - even in the simplest forms of life - I find it especially hard to imagine life in the clouds, where metals are surely scarce.

`Well, as it turns out, the air in Venus suggests that it could be somewhat hospitable. Read up and discuss over at this thread. `

No it doesn't.... it suggests that there was once life there.
I wonder if Mars and Venus had evolved life at the same time.
I'm fairly certain venus can't support it above ground anymore. No matter what gases you find.
We all want to find the kinda life we can relate to, the visible, breeding kind.
something that isn't simply a tree, or a planet.
But getting all excited and expecting actual living organisms.. I'd say the Galilean moons are a better bet.
Or, as i've been saying for decades.. goto mars and dig very deep.
O

As an average nobody, I'm not worried about the question "are we alone?". Someone has to be first and there is no evidence an average schmo like me can access that would prove that isn't us.

I'm more concerned with how we can terraform Venus and get some use out of it before the Sun grows too hot for mankind to make use of it. If there is something already living there, well , should have evolved faster.

There's got to be some kind of baking soda asteroids out there we can strap an engine on and slam them into Venus to help neutralize the acidic atmosphere. Send some bacteria that eats acid and poops oxygen. Maybe people wanting to test their solar sails could park several in orbit around Venus and create a constant eclipse, help cool things down. It's a big lab we can practice climate control on and end up with prime real estate , Well, our great great great great....... great grand kids anyway.

For life to be in space, to sustain it Life force to be present. One of the main reason for Earth to have life is its position with respect to Sun.

Also the thinking facility is very essential for Life. Each organ in our body functions because of its latent Intelligence.

The observation reveals that looking from Earth the Sun and our Moon appear almost the same Angular size.

The reason for this is the ratio of the distance from Earth to the diameter of the object (Sun and Moon respectively) is almost 107 to 110.

Our search in the Space for this unique coincidence can be a factor to determine life in a planet.

This may be a wild guess based on observation and perspective...
K

Assuming there is a kind of life on Venus in such harsh environment, could mean that the environment was once within the perfect levels for some kind of microbial life . Then it shifted to a more severe environment in a long slow process that might had enabled some of the microorganisms to gradually adapt to the new extreme environment.
You must log in or register to reply here.
Share:
Facebook Twitter Reddit Pinterest Tumblr WhatsApp Email Link