Our magnetic field simulations are about 15 yrs behind E-fields. I need the Gradient Field B0 field to make a 3d Target logo across a body. With 8 $digits$ a manfacturer could do a custom design. Same investment for an aquarium design. Any creature with 1 cm of water transporting flesh will be killed by this. Space jellyfish may be the big winner. Too complicated a nervous system isn't ethical, but there are jellyfish off Washington's coast near caverns that are huge and turn to dead mush in a fishing net. These species may be ideal for low gravity moons or asteroids. GMO and breeding may create thousands of new jellyfish species for space. Aquariums are fire hazard and use power. Ideal science and tourism. it may be useful for many egg and larvae species's, R+D.
Gravity is generally treated differently than the other 3 forces. Dark energy in reverse won't undo its effects biologically either. Maybe the end of next century for the exercise equipment for humans important, and black hole technology is my best guess to undo gravity but might not work. 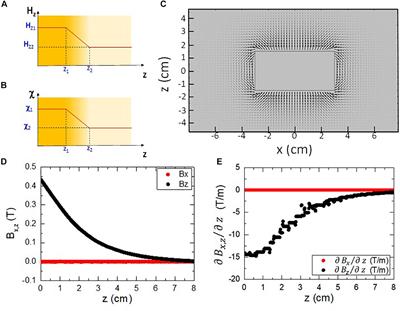 Effects of Moderate Static Magnetic Field on Neural Systems Is a Non-invasive Mechanical Stimulation of the Brain Possible Theoretically?

Static magnetic fields have been shown to induce effects on the human brain. Different experiments seem to support the idea that moderate static magnetic field can exert some influence on the gating processes of the membrane channels. In this article we visit the order of magnitude of the energy...

billslugg said:
The whole point of fusion is to create high temperatures. The heat would then be used to bring a working gas to a high temperature and then expel it out a nozzle.

Cold fusion never went anywhere. Fusors can't reach breakeven. Large devices have reached breakeven but only for about ten seconds. A "rocket sized" fusion device is a long ways off.
Click to expand...

thank you i know how it works. the cold fusion was an idea i had to bring down the temperature of spent rods to usable temperatures. sense its being used in a space ship i thought the rules of use would be the same. i understand about heat hydrogen recompressing and expelling function. to add to that i was thinking of a assembly line freezing process. the can keep it in a mountain going hot in and cool out

Phillip Huggan said:
I like the research for plants and animals. The B0 field is 14T. An average MRI is 2.5-3T. This is too high for me, Occasional 1.5T at most. It is the safest modality but some are reporting metallic taste at 3T, and 7T is around the safety limit guessed at (1980s USA technology). That is just brain and assumed CNS. You might go into double digits if it was just big muscles and extremities exposed, we'd need nerve modelling better to know health affects.
Metamaterials can shape magnetic fields. I see a main human use as buoyancy and exercise. You could walk on discs like Magneto on any fitted ship surface like on the inside of the Star Skimmer. An aerogel might be animated. I am considering Hfx. Toronto and NY State for metamaterial research. It is easier to take a smaller magnet and shape away the linear Gravity drop off than a massive one (body needs to be at a static G for day-to-day use). My best exercise has free falling down the ship at 0.3c and exercising to the top tip. This one is better than frequent stops if we get good at making fields. An MRI would wreck the ISS now.
To simulate a free fall into Jupiter disaster, this might do nicely for the lucky spaceman.
Click to expand...

would be great if i could get my hands on some antigravity. but i think this is the best way

what do you think of magnetic repulsive engines. pushing from and attracting to different magnetic fields in the system

As components to a micron scale engine or 30x bigger/smaller, fine. In the mid 'oughties, the concept of a molecular computer using diamond rods smaller than I describe, was being shot down by vibrations. I wouldn't use diamond much, it is an arms race and fickle factory equipment material. Whatever makes the drive-train can maybe have its vibrations cancelled by lasers. I see banked Ion engines getting a half dozen stars or brown dwarfs. For more space and beyond, antimatter 30 LYs. The rods would have to be wear resistant; they could be switched out every so often. Existing magnetic fields quench easily; they tend to shift around suddenly, we need to know when this will happen and previously have cut power to some of the rods. At maybe .15c, quantum stuff will start to not work well. Our brains still okay, but electricity might be tricky. Some other power source might be needed. Only one high voltage is needed for Eris even, lest the ion engines veer. Here the magnets are moving. When they break, it messes up the ship's power.
Last edited: Jun 9, 2022
You must log in or register to reply here.
Share:
Facebook Twitter Reddit Pinterest Tumblr WhatsApp Email Link