New research solves the puzzle of how amino acids formed within space rocks that bombarded Earth during the violent early epoch of the solar system.

"New research may have solved the puzzle of how amino acids formed within the space rocks that are thought to have seeded Earth with the building blocks of life. During the violent early epoch of the solar system, high-energy gamma-rays may have triggered chemical reactions that created the amino acids within these meteorites, which then bombarded Earth, kick-starting the origins of life, scientists propose in a new study."

My notes. An interesting description, *the violent early epoch of the solar system*. Yes, much catastrophism is now apparent in various reports on the solar system as well as the Moon. Here is a recent example for the Moon.

A research team led by Prof. Li Yang and Dr. Guo Zhuang from the Institute of Geochemistry of the Chinese Academy of Sciences (IGCAS) conducted in-situ electron microanalysis of spherical iron-sulfide grains in the finest Chang'E-5 lunar soil and has confirmed the presence of impact-induced...

My observation. 2 Gyr and 3.9 Gyr ages I found in this report. Accepting the 2 Gyr age for the Chinese lunar samples, apparently the Moon still suffered from large impacts at that time. This is well into the Precambrian time scale for Earth.

Other reports indicate much violence too.
Publication 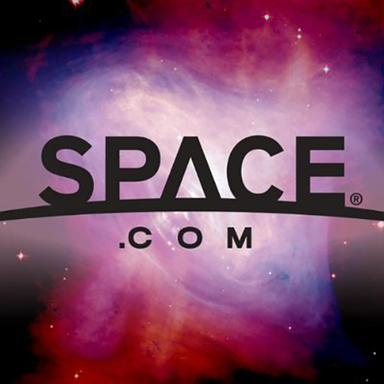 Such widespread and large-scale impacts during the Precambrian, should raise questions concerning how many mass extinction events of tiny life in the Precambrian took place, and how many abiogenesis events must get restarted again, again, and again to explain the fossil record we see today.

This report at livescience.com too. Livescience published this report and cited the ref paper too.

I note the ref paper link, Gamma-Ray-Induced Amino Acid Formation in Aqueous Small Bodies in the Early Solar System, 07-December-2022. The paper discusses the Murchison meteorite and states; “Although the apparent amino acid production rate (k) obtained here includes the effects of decomposition of the amino acids during the gamma-ray irradiation, the long-term stability of amino acids is worth discussing in the present context. According to the decomposition kinetics data collected in a previously published study, at room temperature, 50% of alanine is expected to decompose in aqueous solution over a period of 1.5 × 10^7 y; moreover, 99.9% of alanine is expected to decompose over ∼1.5 × 10^8 y under the same conditions. (31) The said time frames are long enough for the specified amino acids to have the opportunity to form (<10^7 y of alteration). However, the half-life of alanine was determined to decrease to ∼10^5 y at 50 °C and ∼10^3 y at 80 °C. (31) As a result, the final alanine concentration in the parent bodies should have been affected by the thermal decomposition of alanine if the alteration temperature was over several tens of degrees Celsius. In general, β-alanine is thermodynamically more stable than alanine; however, both have been found to exhibit similar stabilities under alkaline conditions. (32) Based on our findings, the very similar abundances of alanine and β-alanine observed in the Murchison meteorite (∼1.3 and ∼1.4 μg g–1, respectively) (30) despite the preferential formation of alanine over β-alanine could be attributed to the higher stability of β-alanine.” The paper conclusion stated. “Conclusions A Strecker-like reaction involving HCN, ammonia, and aldehydes (or ketones) in the presence of water was the classic scenario for α-amino acid formation in meteorite parent bodies, and a Michael addition of ammonia to unsaturated nitriles was the classic scenario for the formation of β-amino acids in the same context. (38,39) Moreover, aldehydes and ammonia can produce a variety of amino acids, including α-, β-, and γ-amino acids, (6,7,9,10) as well as hexamethylenetetramine, which easily decomposes into formaldehyde and ammonia. (8) In addition to these possibilities, gamma rays could assist the formation of amino acids in the parent bodies. Our findings point to the possibility of gamma-ray-induced amino acid formation from ubiquitous simple molecules such as formaldehyde and ammonia in the presence of water inside small bodies during the early stages of the formation of the Solar System. The gamma-ray-induced production of amino acids could be a novel prebiotic amino acid formation pathway that could have contributed to the origins of life on early Earth, as building blocks of life were delivered through the fall of meteorites.”

My observation. This is catastrophic bombardment and impacts used to explain the origin of water and life arising on Earth. Abiogenesis must create life from non-living matter (according to science), and likely during intense bombardment periods. Abiogenesis must create life from non-living matter during the catastrophic and violent bombardments Earth experienced through Precambrian, some heavy impacts continuing from 4.5 Gyr to 2 Gyr in various reports. As I stated in post #2, "Such widespread and large-scale impacts during the Precambrian, should raise questions concerning how many mass extinction events of tiny life in the Precambrian took place, and how many abiogenesis events must get restarted again, again, and again to explain the fossil record we see today."
You must log in or register to reply here.
Share:
Facebook Twitter Reddit Pinterest Tumblr WhatsApp Email Link