After more than 18 years of dedicated service, the solar orbiter Ulysses is due to end its tenure Jun 30.

The joint ESA/NASA spacecraft will finally switch off its transmitter, after defying several earlier expectations of its demise.

Ulysses is the first spacecraft to survey the environment in space above and below the poles of the Sun in the four dimensions of space and time.

"Ulysses has taught us far more than we ever expected about the Sun and the way it interacts with the space surrounding it," said Richard Marsden, ESA's Ulysses Project Scientist and Mission Manager. The shut-down of the satellite is a joint decision of the two agencies and comes a year after the mission was expected to end.

A year ago, the satellite's power supply had weakened to the point that it was thought the low temperatures would cause the fuel lines to freeze up, rendering Ulysses uncontrollable. This didn't happen immediately and spacecraft controllers realized that they could keep the fuel warm and circulating by performing a short thruster burn every two hours.

But as Ulysses has moved further from Earth, the communications bit-rate has gone down, and the mission managers decided they could no longer justify the cost of keeping Ulysses in operation.

"We expected the spacecraft to cease functioning much earlier," said Paolo Ferri, Head of the Spacecraft Operations Solar and Planetary Missions Division. "Its longevity is a tribute to Ulysses's builders and the people involved in operations over the years. Although it is always hard to take the decision to terminate a mission, we have to accept that the satellite is running out of resources and a controlled switch-off is the best ending."
3

Ulysses has been failing for a whikle now, with a major safing event in Janyuary 2008, coinciding with MESSENGER's first pass of Mercury.

It became obvious that during this failure, Ulysses not only running low on propellant to stabilise, was also becoming seriously tone deaf. IMO that was when the end was in sight.

I am surprised that she has lasted nearly another 18 months past that point.

Ulysses drifts above Earth prior to the final burn towards Jupiter. 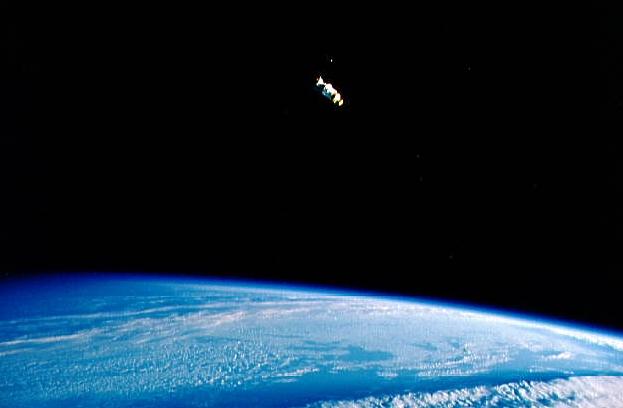 Ulysses completed a series of firsts, polar solar passages during solar maxima & minima & generating a 3D map of the soalr wind, solar magnetosphere (out to Jupiter's orbit) & solar radiation through much of the EM spectrum.

It's amazing that Ulysses has lasted as long as it has. It's done a magnificent job in its time, greatly exceeding the mission goals, and although the end has been coming for a while, it will still be sad to see it go.