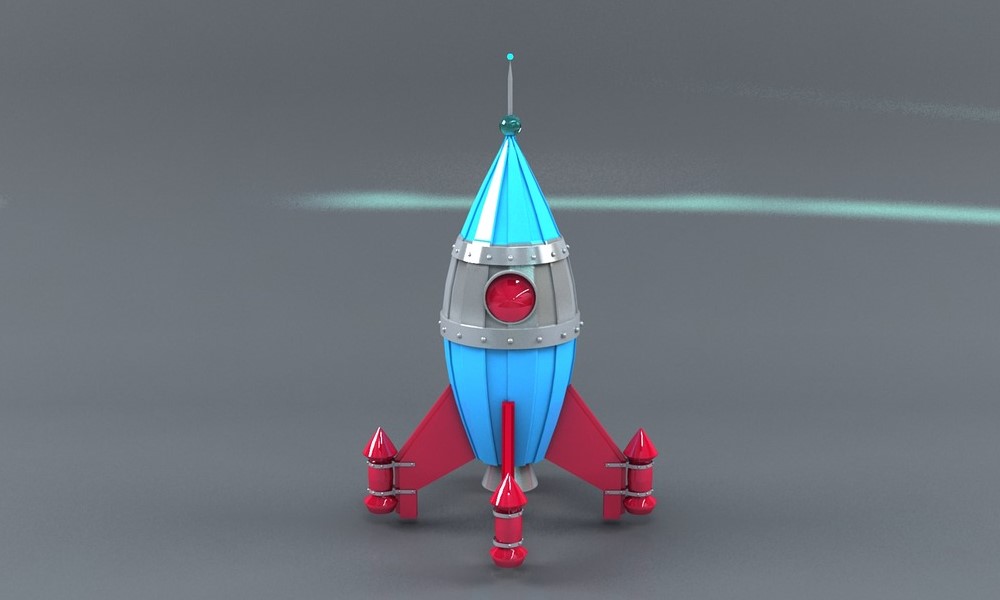 Elon Musk shouldn’t be the only one who gets to make rockets. You can make your own too, without being incredibly rich! Granted, they’ll be model rockets, but you have to start somewhere. Here’s how to make your very own homemade model rocket. 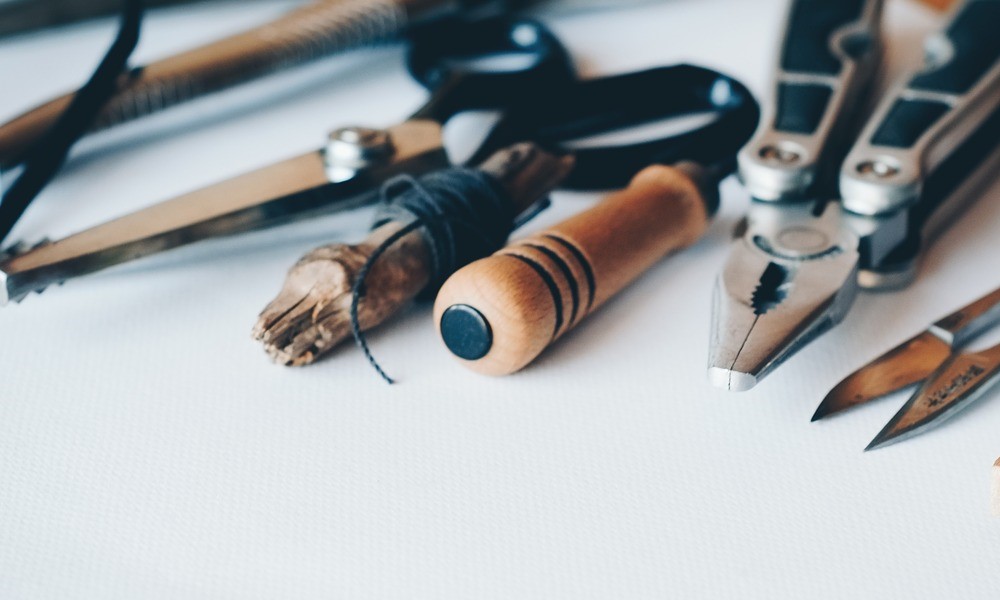 1. Gather your materials.
To get started, you’ll first need some basic materials, most of which you probably already have at home. These include:
2. Create the rocket’s body tube.
You can use software to design your own rocket, or you can use the dimensions given in this guide. Either way, you’ll likely want to make modifications after your first few launches. Lay one of your manila folders out flat and cut off the side tabs. Minus the tabs, the folder should be 17.5 inches long. This will be the length of your rocket tube. Begin rolling up the tube gently until the interior space is the right size for your engine. Use tape or rubber bands to hold the tube in shape, then take out your glue brush and Elmer’s glue. Brush some glue along the edge of the folder and firmly press it down. Let it dry overnight and add glue touch-ups where needed.

3. Form the nose cone.
Using your compass, draw a circle on the other manila folder that has a 4 inch radius. Cut out the circle, then fold it in half and cut along the fold to form two semi-circles. Make a small cut in the middle of the straight side of each semi-circle. Curl both semi-circles into cone shapes, then glue the inside of one of the cones and attach the other to form two layers. Next, take your empty toilet paper roll, cut it lengthwise, then cut out two curved strips that are about 1 inch thick. Roll these up and fit one snuggly inside your cone, then the other inside the previous one. Glue the pieces together.

4. Cut out the fins.
Using the remaining manila folder scraps, cut out three evenly sized fins. These fins should be proportional to the size of your rocket, so use your best judgement. On each fin, include a rectangular side that you can fold and glue flat onto the rocket body tube.

5. Add an engine retention clip and launch lug.
To keep your engine inside your rocket, you’ll need to create an engine retention clip. You can use an unbent paper clip that is then folded in half and taped to the inside of the rocket. When you attach the engine, wrap one more piece of tape around the engine and the clip. You’ll also need a launch lug that the launch rod is slipped into so that your rocket flies straight instead of off at an angle. You can use a simple drinking straw taped to the side of the rocket. 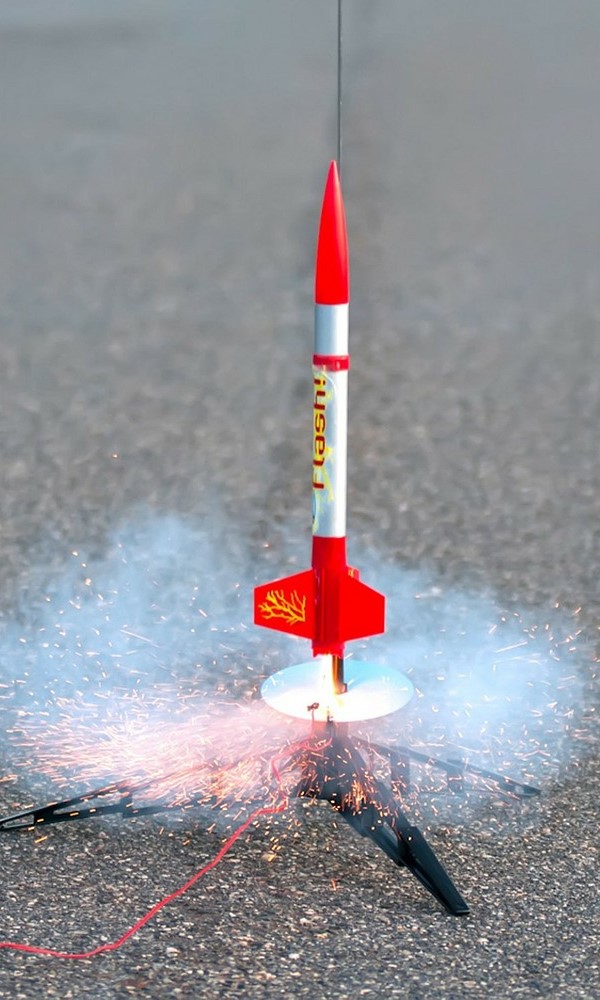 6. Last but not least, make a parachute.
If you don’t want your rocket flying off into the sunset never to be seen again, you’ll need a way to recover it. This is where your parachute comes in. Take a plastic bag and cut a circle with a 10 inch diameter. Cut 8 small pieces of duct tape and tape them around the circle, spaced evenly. Punch out small holes in each of the 8 pieces of duct tape, making sure to pierce the bag underneath. Take your string or thread and cut out 8 pieces that are around a foot long. String these through the holes in the bag and tie them tight. Tie all the strings together, then attach them to the inside of your rocket and stuff the parachute in. Add some inflammable paper first so that the parachute doesn’t burn up. Lastly, attach a string to the nose cone and tape that to the rocket as well so your nose cone doesn’t get lost. You’re ready to launch!