Question How do we know that the universe started with a Big Bang?

I have found this particularly useful in understanding the accepted viewpoints, especially with reference to singularity:

So was flat Earth
Reactions: Funky Galileo and spacedweller

What is the evidence for the BIG Bang?
Actual evidence
It is common info that elements are produced within the solar envelope.
There is research into quantum mechanics into various forms of matter, such as Neutron star, and stars with Quark Cores and so on.

There are some observational evidences that makes Big Bang the least broken theory among other theories.

There is no 100% proof to say BB is true and nothing else is possible, so one has to believe it as well.
Reactions: Catastrophe

Here (Big Bang Bullets) is a list of the many lines of objective evidence that supports BBT. No other model comes close.

But a theory or model should be seen more as a tool than as some sort of proven "truth", thus science itself encourages new paths of investigation for a... better tool to help us address Nature.
Reactions: IG2007 and Catastrophe
T

spacedweller said:
Big bang in fact doesn't prove or answer anything even if it's called "theory without a rival"

Likely there was some explosion which is again "likely" the reason for "cosmic microwave background radiation" but the big bang itself explains very little and proves absolutely nothing, why?

IF for example we assume there indeed was big bang, this only explains expansion of our universe but opens a whole host of other questions even harder to explain such as:
1. How is it physically possible that all matter in observable universe was able to be put into a single athom?
2. What was there before big bang?
3. If there was something how it happen to exists, and if there was nothing then where did matter come from?

The biggest question is of course how did universe happen to exist and where it all began, to answer that question big bang may satisfy a tinny portion of the whole picture, but real problem with BB theory is this also makes the original question harder to answer.
Click to expand...

Would this be similar to asking how a tree exists within a seed? Where did the first seed come from?

tiape said:
Would this be similar to asking how a tree exists within a seed? Where did the first seed come from?
Click to expand...

Very likely not, because such questions are more religious than scientific.

For scientists to make proofs or theories, they need to be able to measure and perform experiments.
You question is philosophical.

spacedweller said:
Very likely not, because such questions are more religious than scientific.

For scientists to make proofs or theories, they need to be able to measure and perform experiments.
You question is philosophical.
Click to expand...

It would be very difficult for the tree to prove the seed exists since the tree is inside the seed. Once the tree begins its journey, the seed is difficult to find, if at all. We're inside the big bang (supposedly) trying to prove it exists after our journey has begun.

Based upon observational and measurable data (is that evidence?), the shape of the universe is either flat or not (possibly a sphere or not). Different data shows different results. What shape do you think it is? 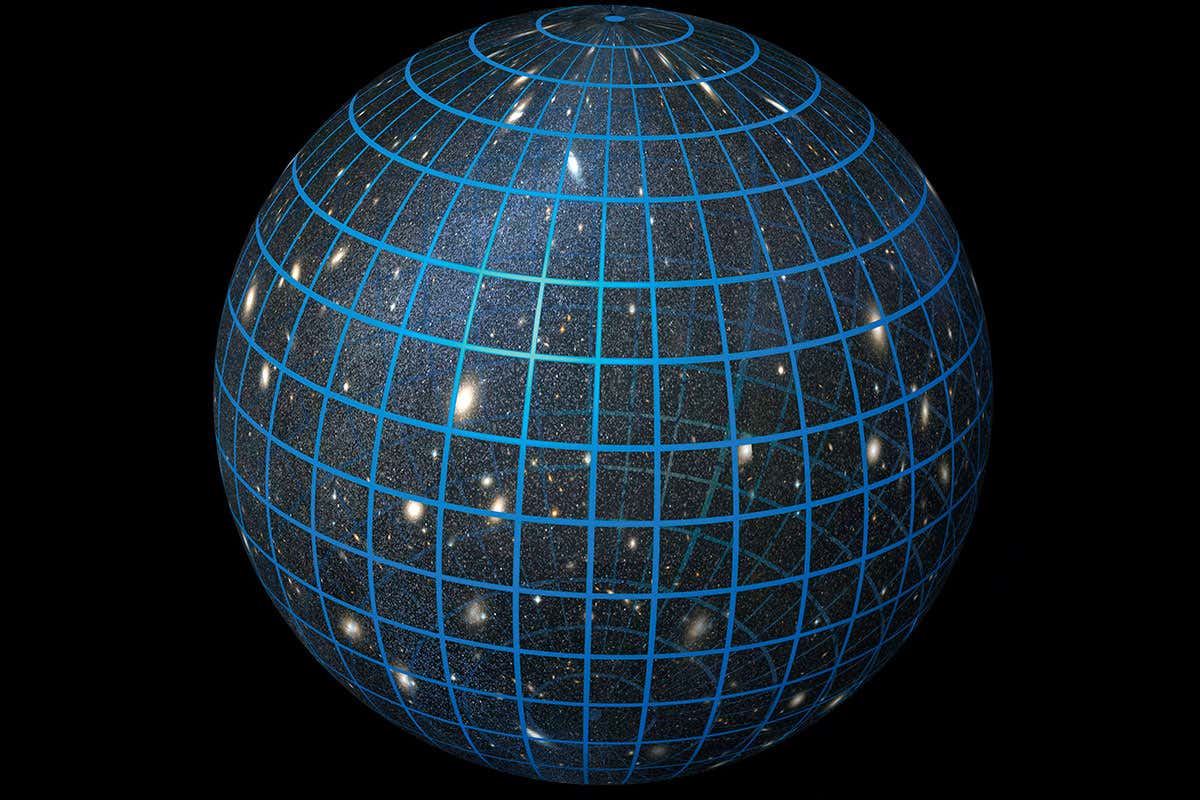 Cosmological crisis: We don't know if the universe is round or flat

An analysis of data from the Planck space observatory suggests the universe is spherical, which would be a major headache for cosmologists

Cosmic Microwave background is not evidence of the Big Bang it is evidence that the universe is very old.
Deep field images 3.2 billion years of the Northan Hemisphere many years ago by Huble Telescope that pointed to an area of a rice seed for one million seconds, was supposed to prove and show the start of the Big Bang, I said before they started that they would observe over 10 thousand galaxies in various stages of evolution form. After the million seconds NASA announced that they could not explain what they observed, over 10 thousand galaxies in various forms.
They repeated the one million second on the Southern Hemisphere and found the same deep field image 13.2 billion years.
Given the distances and the huge amount of galaxies the Big Bang has lost its meaning.
Evidence put forth must stand up against the observations.

Harry Costas said:
Evidence put forth must stand up against the observations.
Click to expand...

Hubble's law and the expansion of space

What I really do not like, is the backward extrapolation to t = 0. OK, you can get pretty close to zero, but the laws of physics break down when you try to divide by zero. I have said his until I am blue in the face. Infinity is a mathematical abstraction. It has no meaning in reality. Just 'very, very big' is no definition.
How do we know that the universe started with a Big Bang?
The BBT looks pretty secure. Where it all blows up is when you close on t = 0.

At this point there are many suggestions - some just imaginary, one (at least) is correct - contingent on the possibility that the correct one may not yet have been suggested.
I believe the correct one is a flavour of cyclic. No beginning - no end. Certainly not infinite, because that word is meaningless. Beginning and end are also just meaningless words when discussing the Universe.

The Big Bang has foundations that cannot stand against the properties of matter.
T=0 cannot be true.
Time is not a physical item that can be altered.
It’s nice to feel the the Big Bang created all.
The properties of matter can explain all formations out there.
For example.
Why does our Sun have long jeopardy?
Before I answer the question.
What do you think?

The Hubble telescope has been pointed on various areas of a rice seed both north and south hemispheres in extreme dark areas for 1 million seconds.
On all reports they have found in every seed 13.2 billion light years deep field over 5 000 galaxies in various stages.
You are looking at trillions of galaxies .
Our sun is estimated to be 7 billion years age.
Some people place the age of the universe less than 14 billion years.
This does not add up.

Harry Costas said:
The Big Bang has foundations that cannot stand against the properties of matter.
Click to expand...

BBT is in harmony with matter formation.

BBT only gets close to this. Metaphysics, not objective science, tries to deal with this point.

I keep on saying.
What events is there for the BB

What ever matter is in the universe has been here from infinity.
This matter cannot be destroyed and you cannot bring new matter.
We do know that matter itself will accumulate and evolve strong vector fields to create contraction and expansion of its surroundings.
The expansion can mimic the motions of The BIG Bang through out the universe.
This does not mean the idea supports the BB.

How do we know that the universe started with a Big Bang?

We don't, since the area around t = 0 is uncertain. According to cyclic models, "t = 0" is a nexus, not a start or a singularity.

This is only a scratch of information.
I cannot tell you how to think.
Maybe direct the direction.
Research into this field goes back to the 1920 by Dirac and Einstein and in the last 30 years a better understanding of quantum matter in the field of :
Chrial Supersymmetry Dipolar Electromagnetic condensates
You must log in or register to reply here.
Share:
Facebook Twitter Reddit Pinterest Tumblr WhatsApp Email Link