The formerly secret gravitational properties of the Earth’s Inertial field could be used to remove space debris. The asymmetry is strongest at about where the Earth’s motion crosses the elliptic (not at the equator) and at 90 degrees to the sun (about 6 in the morning and evening).

A lot of the station keeping propellant used by satellites is to cancel out this asymmetry along with the more chaotic lunar effects (which partially cancel out).

Rather than trying to cancel out the gravitational asymmetry on a dead satellite’s orbit you increase it by staying in resonance with this gravitational asymmetry. The asymmetry affects pretty much every property of an orbit including altitude of apogee, perigee, angle of orbit, etc. By careful orbital selection you can maximize the effect of the Earth’s asymmetric gravitational field (disguised for the last 50 years as a perturbation) to cause a satellite to fall out of orbit. By taking advantage of this asymmetric gravitational field you can greatly reduce the propellant consumption necessary to destroy space debris in the Earth’s atmosphere.

You will need the actual gravitational parameters of the asymmetry and not the harmonically sliced and diced parameters released by Imperial Science. You will also need to attach one or more engines to the dead satellite to be able to maintain a fatal resonance with the Earth’s asymmetric gravitational field.

Had this secret Imperial Science come out a lot earlier many of those satellites could have been deorbited and the present threat would never had existed. How often are the words “my precious” the last dying words of a Nobel Prize winning physicist?

The Empire is an English (Western European)- American economic political linkage. You can consider it as the physical mechanism of the Status Quo.

Identification of the present Status Quo as a mixture of an Oligarchy and a Technocracy would not fall that far out of mainstream political theory.

Science is generally regarded as being independent of political control. This is only partially true.

Oligarchs will evaluate anything which can increase their power. If a particular aspect of science like oil geology is to their financial advantage to control, they will do so. As I have written in this forum connecting oil and interstellar asteroids impacts.

In America there is a form of corruption called “the good old boy system”. In England it is the direct linkage of the Aristocracy with the Advanced Educational System. The English aristocracy and the best minds (from all classes) are trained together, binding both into a stratified society.

(speculation) Secret Societies, College Fraternities, and National Intelligence Bureaucracies had porous barriers for the socially powerful. While secret societies are bizarre in 2020 in 1900-50 they were quite commonplace.

Some of the early science (1900 on) regarding gravity, time, and aether appears to have also drawn the attention of Oligarchs and Scientists who also had relationships with national intelligence agencies. They appear to have started collecting unusual phenomenon and then using their influence and money to erase these phenomena from the public scientific record. They were collecting scientific data and then keeping it secret. (This trend was concurrent with the capture of geology by a few oil companies. A corruption which reaped them vast wealth).

If WWII had not intervened it is possible that the control of atomic energy would have fallen into the Oligarchs direct control. (One of the scenarios where time travellers killing Hitler really does turn out badly.)

The Oligarchs and their technocrats were collecting science related time and gravity all the while financially enforcing an irrelevant interpretation of General Relativity (to the present day). They were using both financial and social control to keep the Empire’s secret science.

As far as I can tell the only exclusive advantage they got from their time and gravity secrets was a factual (if harmonically encrypted) gravitational model that made American Intercontinental Ballistic Missiles ICBM’s a bit more accurate.

The Empire (Oligarchs and their technocrats) controlled the most advanced physics on the planet. The problem is that they ran out of time before they could apply it (take over the world?). Russia and China now have the Empire’s secret science. The Russians can now reach the ISS in near record time since their orbital predictions include a gravitational model which incorporates the Earth’s gravitational asymmetry.

I believe that space debris removal can be facilitated by creating an orbital resonance with the Earth’s gravitational asymmetry causing re-entry.

I find the science more intriguing, much more than the conspiracy theory implications.

Ignore the conspiracy it has become a total failure anyway.

It appears that the gravitational asymmetry (or the sum of the orbital perturbations) does not allow stable fixed orbits around the Earth. I have read somewhere that it takes something like 200 terms to describe the nearly chaotic orbit of the Earth’s Moon. Earth orbits are not regular and predictable like playground merry-go-rounds. Most orbital problems and propellant consumption are trying to keep the orbit stable and in the same position. I suggest that for space debris the exact opposite approach might be fruitful.

An orbit which is becoming more and more elliptical would be the goal of burning up satellite debris. The more elliptical the orbit the lower the perigee. At some point atmospheric drag pulls the debris into the atmosphere and it burns up.

If you have a accurate gravitational model (including the gravitational asymmetry) you can run simulations to see if you can maximize orbital instability for debris in a particular orbit. This simulation might predict a lower delta v (and lower fuel consumption) than for a direct burn to deorbit the dead satellite. For some orbital debris I suspect that the improvement will be impressive. 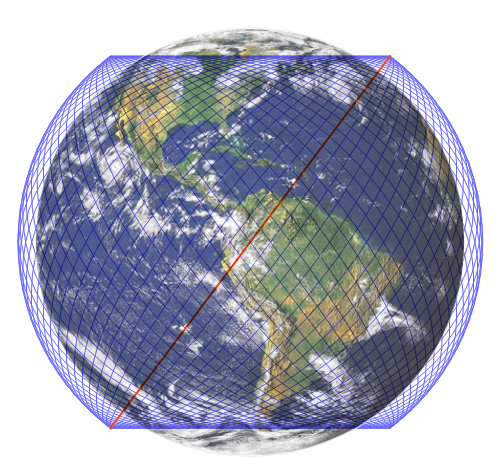 SpaceX is targeting a private beta service in the Northern United States and Canada by August 2020 with a public beta following in November 2020, service beginning at high latitudes between 44°-52° North.[11][12]

If I was paranoid (and I am) this would look like a space minefield or electronic countermeasures (jamming) system. The value of the Starlink system for communications appears to be marginal. The military value for this many satellites should not be underestimated.

This many satellites could be used to jam all cell phone and satellite communications. 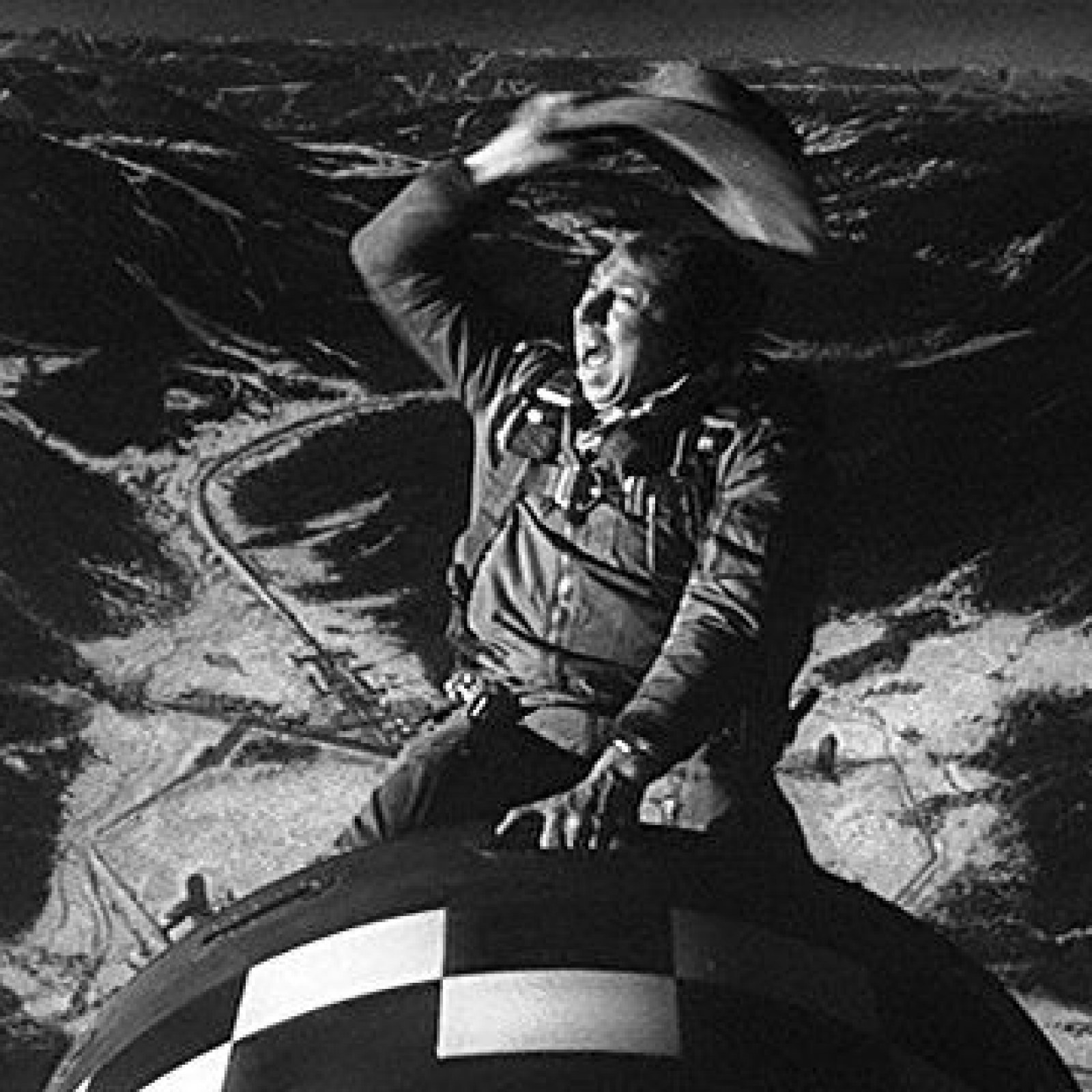 From a space debris point of view Starlink is also problematic especially for the higher orbital layers of the system.

I believe the American government ran a supercomputer (Red Storm) simulation of the Kessler Syndrome. The conclusion was that there was already enough mass in orbit for the chain reaction to begin.

From a military standpoint 1000’s of Starlink satellites is a brilliant hostage taking strategy.

If the Starlink satellites are going to be used to advance a military agenda destroying them (Kessler Syndrome) would likely prevent space exploration or planetary defense. The Empire would use the satellite system for space domination but keep the damage to a minimum so that the Empire’s enemies (the other 99.5% of the human race) aren’t forced to destroy Skynet.