The discovery of noble gases from Earth's mantle in lunar meteorites may confirm that the moon formed when our planet suffered a giant impact.

Moon rocks found in Antarctica include tiny amounts of gas that may have come from Earth : Read more
Reactions: rod

Plenty in the report I read an earlier review and pass along some notes I made on the report. 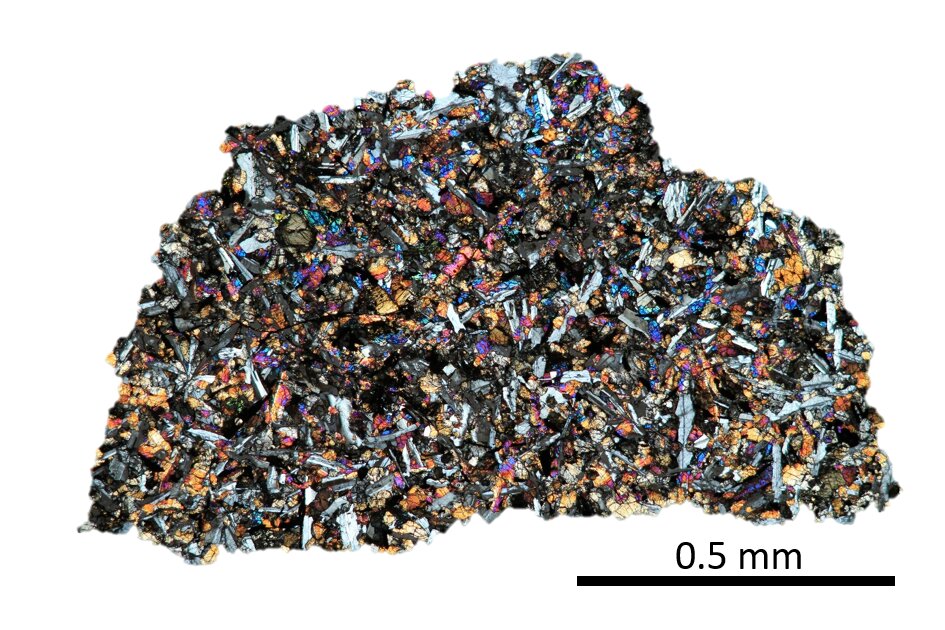 One more clue to the moon's origin

Humankind has maintained an enduring fascination with the moon. It was not until Galileo's time, however, that scientists really began study it. Over the course of nearly five centuries, researchers put forward numerous, much debated theories as to how the moon was formed. Now, geochemists...

"Abstract The origin of volatiles in the Moon’s interior is debated. Scenarios range from inheritance through a Moon-forming disk or “synestia” to late accretion by meteorites or comets. Noble gases are excellent tracers of volatile origins. We report analyses of all noble gases in paired, unbrecciated lunar mare basalts and show that magmatic glasses therein contain indigenous noble gases including solar-type He and Ne. Assimilation of solar wind (SW)–bearing regolith by the basaltic melt or SW implantation into the basalts is excluded on the basis of the petrological context of the samples, as well as the lack of SW and “excess 40Ar” in the magmatic minerals. The absence of chondritic primordial He and Ne signatures excludes exogenous contamination. We thus conclude that the Moon inherited indigenous noble gases from Earth’s mantle by the Moon-forming impact and propose storage in the incompatible element-enriched (“KREEP”)"

My observations. There is plenty to chew on in this paper. The lunar magma ocean lasts *thousands to millions of years*, other reports 200 million years after the giant impact. The six samples were considered blasted off the Moon and took 35,000 years in space to reach Earth. The ages were about 3 x 10^9 years old. However, the cosmic ray exposure ages range about 63 to 64 million years old. See "Cosmic ray exposure and source-crater pairing", "The minimum average shielding depth and respective production rates (Supplementary Text) yield a minimum cosmic ray exposure (CRE) age of 63 ± 9 million years (Ma) based on 126Xecos and 64 ± 5 Ma based on 78Krcos and, accordingly, higher ages at larger depths (table S11). In any case, the similar CRE ages of all LAP basalts reveal that they experienced the same exposure history. Given their magmatic age of ~3 Ga [e.g., (22)], the LAP basalts were mostly shielded from cosmic rays [depth > 5 m (35)] in agreement with their origin from a depth of ~10 m within a lava flow proposed in (25). The basalts originated from the same shielding depth within a lava flow and were ejected as one rock by the same launching impact (source-crater pairing)."…"

My note. I found 8 references to *synestia* used in the report. As the paper states to explain noble gas in the Moons interior, "Incorporation of the solar-type noble gases into the Moon We envision two scenarios that could account for the presence of solar-type noble gases in the Moon’s interior. In the first scenario, the LMO that solidified up to a few millions of years after the Moon-forming event (18) could provide a time window for mixing impactor material into the lunar mantle…"In the second scenario, the Moon accreted from a circumterrestrial debris disk or synestia, which contained terrestrial mantle and possibly impactor material ejected by the giant impact (1–5)."

So, six meteorite samples are said to be blasted off the Moon and show support for the giant impact model now. The ages for the samples are said to be about 3 Gyr while CRE ages much younger about 63 to 64 Myr while travel time to Earth about 35,000 years. The space.com report states, "One version of the giant impact theory proposes that a protoplanet called Theia smashed into Earth around 4.5 billion years ago, about 60 million years after the Earth itself formed."

Some reports I have on the giant impact date the impact with Theia to about 4.45 or 4.43 Gyr, some 100 Myr after the Earth is said to form in the protoplanetary disc. The Moon's magma ocean could cool for another 200 Myr after the giant impact. The origin of Theia and its exact location in the protoplanetary disc relative to the early, proto-Earth position in the disc before the giant impact must be worked out in detail too. So too the spin rates of both bodies, the Earth-Moon angular momentum problem.
You must log in or register to reply here.
Share:
Facebook Twitter Reddit Pinterest Tumblr WhatsApp Email Link