the moon, black object moving across the full moon. 16.45

did any one els see this?
J

It is a golfer being chased by his wife with golf clubs.
S

Must be those pesky UFO's again. :shock: 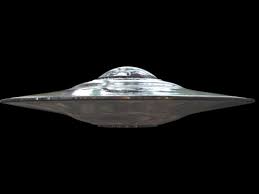 spacemanjimi":3v8ccnwh said:
did any one els see this?
Click to expand...

I say this thread should be moved to The Unexplained forum and submitted to Sir Smersh for analysis.
W

How big was it? Did it take up a good portion of the moon or was it a smaller dot?
M

That occurred on October 31st . It was Hillary Clinton avoiding holiday traffic on the ground. :lol:
S

How 'bout some clues. Was it flapping its wings? Was it riding a broom? What were you drinking or smoking? When was the last time you cleaned your glasses? Is English your first language?
Y

It was probably another one of those damned flying Monkeys, by gar!

yevaud":2s5ef1ax said:
It was probably another one of those damned flying Monkeys, by gar!

So ya' gonna' move this where it beongs or play with your monkey?
S

yevaud":2oi4bs3m said:
It was probably another one of those damned flying Monkeys, by gar!

So ya' gonna' move this where it beongs or play with your monkey?
Click to expand...

Maybe it was Santa on a test flight. Or a Northwest crew trying to get there bids in.
Y

jim48":3ha0hi2h said:
So ya' gonna' move this where it beongs or play with your monkey?
Click to expand...

That's right...suck all of the life out of the fun. *Sigh*

spacemanjimi":28iudua9 said:
did any one els see this?
Click to expand...

Dude, you should either post a picture or a link to a pic or story, or at least give a bit more of an explanation. For future reference...
C

spacemanjimi":3l2v8rr2 said:
did any one els see this?
Click to expand...

Details would be helpful, such as:

* date/time
* your approximate location on Earth
* what shape the object was
* how much of the Moon it obscured
* which direction it was traveling
* how fast it was moving
* were you observing naked eye or via binoculars or telescope (and if the latter, what kind and size)
* any other contextual clues you might have

If it was very tiny and you were using binoculars and were *very* lucky, you might have seen a spacecraft in low Earth orbit transiting the Moon. It's not a common event, but predictable; dedicated observers plan ahead and sometimes even drive long distances to get into the narrow path from which the transit will be visible. They get some awesome pictures. I've seen images of the ISS, Shuttle, Mir, and Hubble transiting the Sun or Moon. (Warning: never try to watch a solar transit with a telescope or binoculars unless you have a full-aperture solar filter! Alternately, you can use the telescope/binocs to project an image of the Sun onto a flat surface, but this may be damaging to the optics; the full-aperture solar filter is best.)

More likely, though, you saw some more terrestrial object passing in front of the Moon. We probably won't be able to deduce what it was for you, since we didn't see it ourselves.
A

I saw TWO things in the sky. One is very very bright and can only be seen during the day.

The Other varies in size and brightness and sometimes you see it during the day, but most of the time at night.

And whats the deal with those wandering stars? Leo just didnt look the same this past year. Just when Im sure of what a constellation looks like, one of those pesky wandering stars floats in and messes the entire thing up.

I heard about it from Lenny. You know, the tall/short, fat/thin, dark/light guy with a limp.
O

Holy Crap!! Did you see that - it was right over there.

Does anyone know what that was?
M

origin":1bqp2zvm said:
Holy Crap!! Did you see that - it was right over there.

Does anyone know what that was?
Click to expand...

YES, and it damned near ran me over! :shock: :lol: