I cannot believe Discovery has been around since 1984. Time flies. I saw Challenger lift off in 1981 and blow up in 1986 while standing outside with my 6th grade class. I even wrote in my math book at the time, what had taken place so that it seemed real to others in the years following. Where were some of you at this time? A friend posted a shot of the Discovery shuttle lifting off with lightening- wow. I am in Colorado , so beautiful to me. How does the rest of the community feel? Thanks for input.
3

For the first time we would see a launch vehicle that looks radically different to what we had before, a departure from the general cylindrical design that we had gotten used to.

STS 1 Columbia. Note the white external tank. From STS 3 Columbia, the coat of white paint was dropped to save 272 KG of mass.

STS 1 Columbia in the early hours of the morning prior to launch.

But then who would have thought that Columbia would have ended her days like this almost 22 years later on: Saturday 1st February 2003. STS 107 Columbia crew members have been honoured permanently (IIRC the names have been accepted & are recognized by the IAU), with seven individual hills named after them on Mars, with the range of the hills manmed after Space Shuttle Columbia in Gusev Crater as seen by Mars Exploration Rover A Spirit. 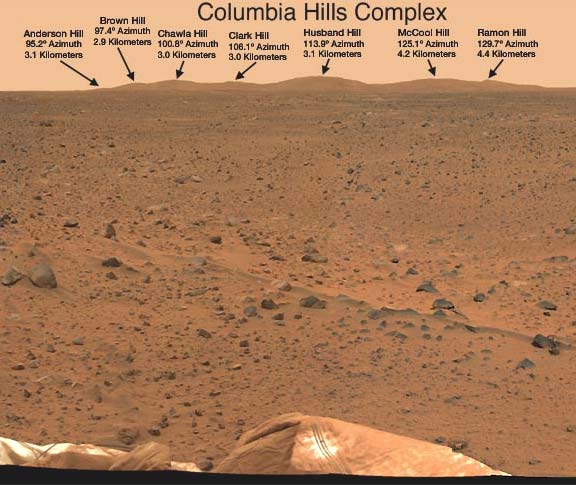