This AMA was run back in October of 2019. Long since closed.

This AMA is now closed, thank you so much all for participating and special thanks to @SpacePope for answering all the questions.


Our special guest for launch week is none other than NASA’S own Jet Propulsion Laboratory's Charles White. He'll be answering questions in this thread over the next few weeks, so if you have questions ask away! 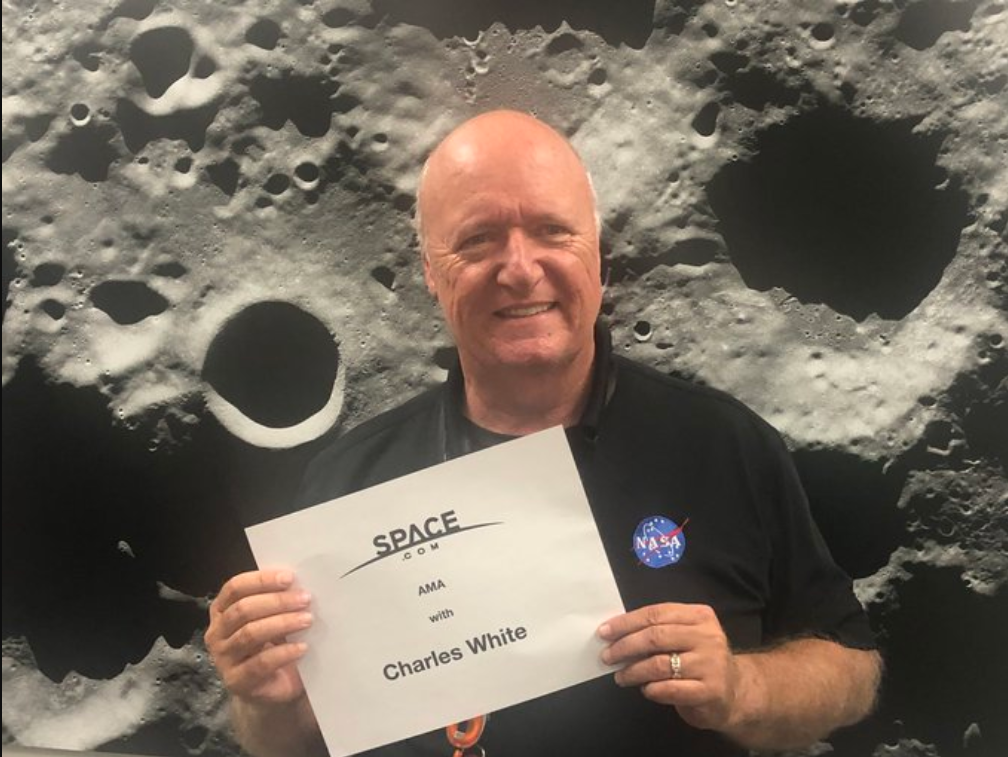 Charles White is currently a Knowledge Management Analyst for the Office of the Chief Engineer.

Mr. White is a sitting member on both the JPL Engineering Board, as human factors in engineering specialist, and the JPL Lesson Learned Committee as an author and investigator to lesson learned documents and selected case studies.

His lessons learned are published on the NASA website and examples are the extended wearing of the Mars Curiosity Rover Wheels, and how nickel alloys can become magnetised endangering spacecraft missions, among others.

His career at JPL began in 1987 and he has worked on numerous space missions directly and indirectly through institutional support program offices. He has brought information technology changes to the institution. Charles has received numerous awards for his innovative initiatives.

Charles promotes JPL missions to school children and programs as he himself was inspired as a student to work at JPL by Carl Sagan. He eventually met Dr. Sagan at JPL and they sat together on the JPL mall for a 90-minute face to face chat.

In his off-work time, Charles is an active member of the Los Angeles League of Arts and he promotes joining science and art together through a private group known as the Desert Wizards of Mars. This group has brought several art pieces to Burning Man, including the Mars Rover Art Car, and the Black Rock Observatory.

Additionally, Charles has co-founded an in-game organisation known as the Sixth Empire, which promotes an anti-suicide program for gamers in EVE Online. The Sixth Empire has 500 members located worldwide.

He’ll be popping in to answer questions in this thread throughout the week so we'd be delighted if you'd be up for helping us get the conversation started by asking him any questions related either to his work at NASA , or his work with EVE Online.

Here’s some reading for you to get you started:

JPL is the leading U.S. center for robotic exploration of the solar system, and has 19 spacecraft and 10 major instruments carrying out planetary, Earth science and space-based astronomy missions.

Charles is better known in MMORPG, EVE Online circles as the head of the Ammarian roleplaying faction ‘Max Singularity, The Space Pope'.

Hi. It seems to me that the C figure may really mean Ca. Have you noticed this and have you any comment? From Tanya's description it sounds like it may be a pallasite. Have you had any chance to verify this?
T

Wolfshadw said:
This AMA was run back in October of 2019. Long since closed.

Hello, thank you for letting me know. But is he coming back onto your site? I'm merely asking because his picture is still up like that. If not maybe someone else here may also help with what I have (Meteorite)

Tanyaschexnayder said:
Hello, thank you for letting me know. But is he coming back onto your site? I'm merely asking because his picture is still up like that. If not maybe someone else here may also help with what I have (Meteorite)
Click to expand...

Yes, I found this very confusing too. I thought they had jumped in after I gave T the phone number. Strange how the mind can jump to conclusions like that so quickly when they coincide with expectations.

Thanks for the opportunity to ask questions!
What are the possible consequences of space tourism?

Do you mean long term (orbit Mars in only 10 years) or short term trips just grazing space (however defined) as at present?